The Scottish Primary Schools Championships took place on Sunday 28 November 2021 at Ward Road, Dundee. The slightly disappointing entry in the boys event was more than made up for the fact that the girls entry was more than double than that of the previous event and the numbers in total allowed plenty of matches, both in the singles and doubles, which meant the youngsters were all in action most of the day.

The Boys’ title went to Drumchapel’s Joe Mulhern who defeated all opponents comfortably in straight sets. Victor Chen (Aberdeen) defeated the strongly fancied Bohao Chen to claim the runner-up spot while Bohao and Mathew Pszonka will make up the team of four representing Scotland at the British Primary Schools Championships in April 2022.

In the Girls’ event the nine players played a round robin over three tables and top seed Edinburgh’s Nichole Lee was in superb form, again not dropping an end throughout. Kiishi Adekola was runner-up in the group while Eilidh Tait and Padma Unman were placed third and fourth respectively.

The Doubles trophies are once again heading north to Aberdeen with Victor Chen and Mathew Pszonka taking the Boy’s title and Kiishi Adekola and Nikki Mo the one for the Girls.

Thanks very much to the players, coaches and their families for making the event so enjoyable and also to Ward Road for accommodating us late in the day. 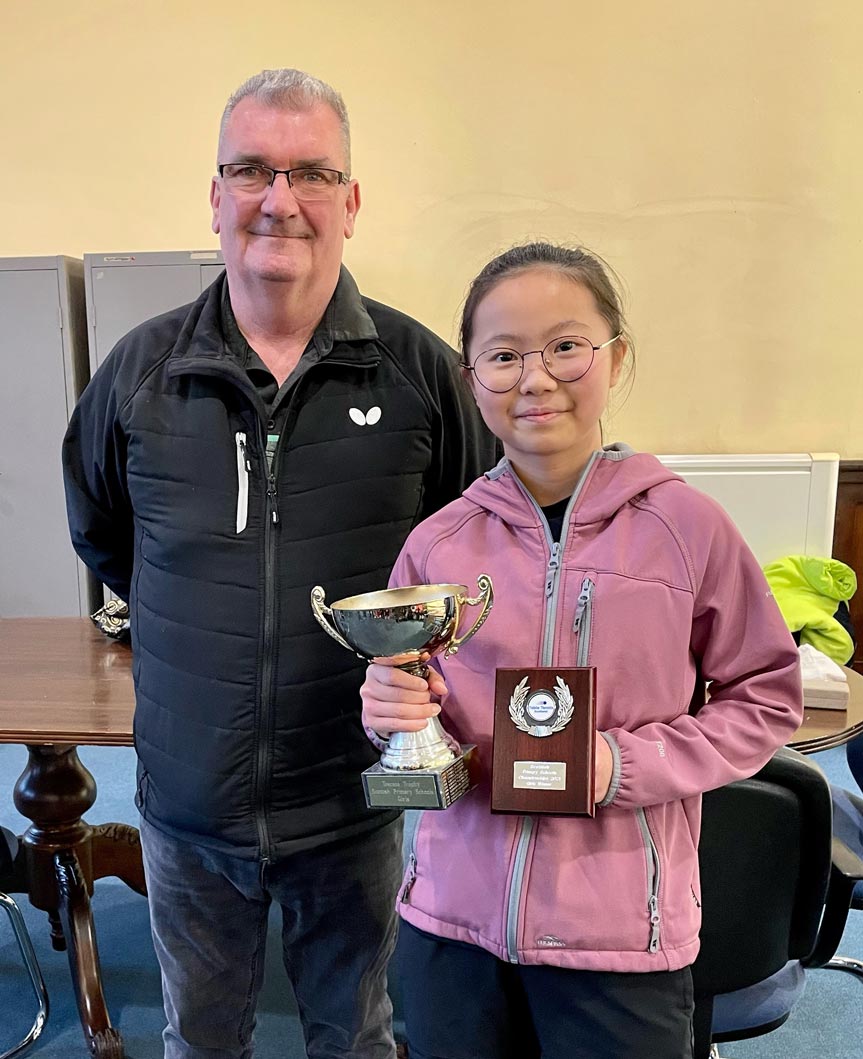 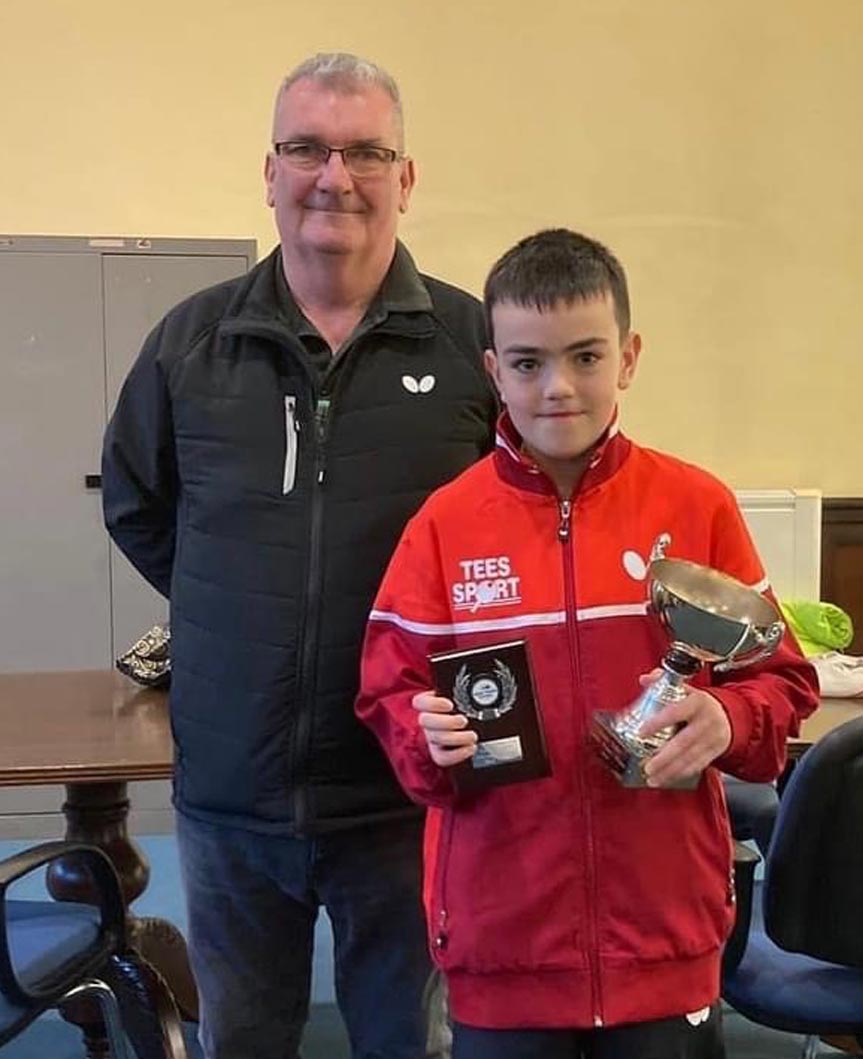 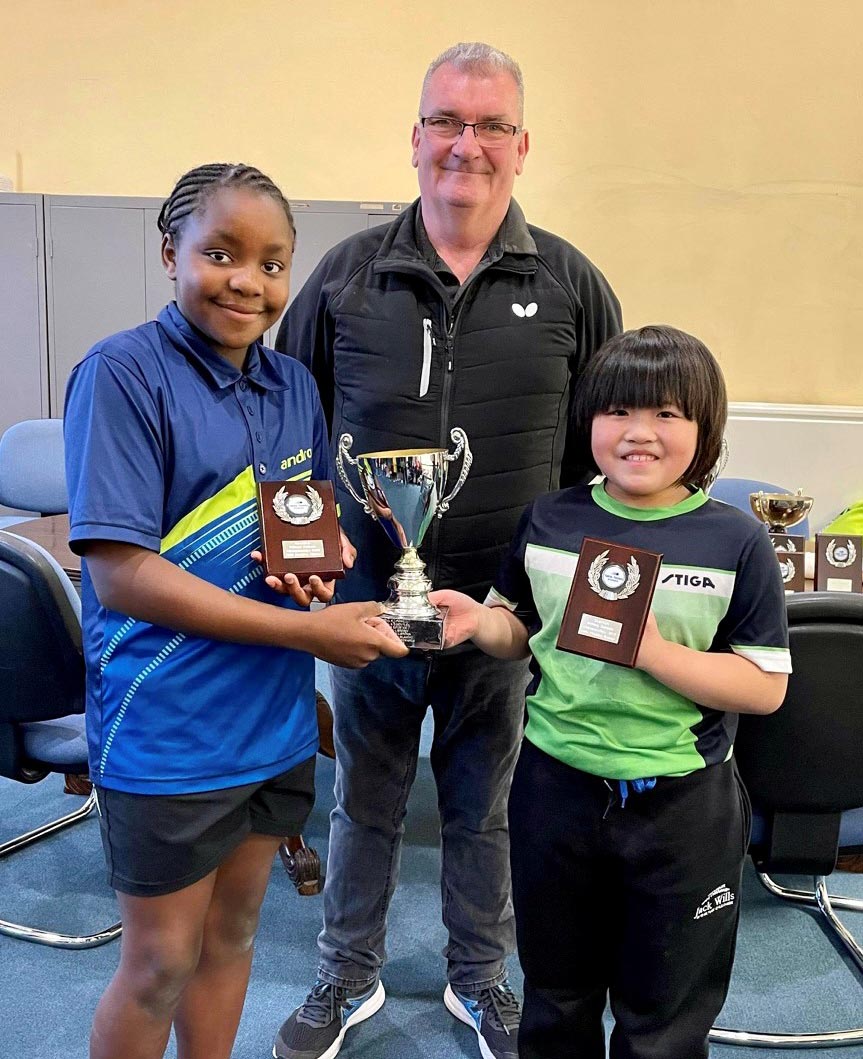 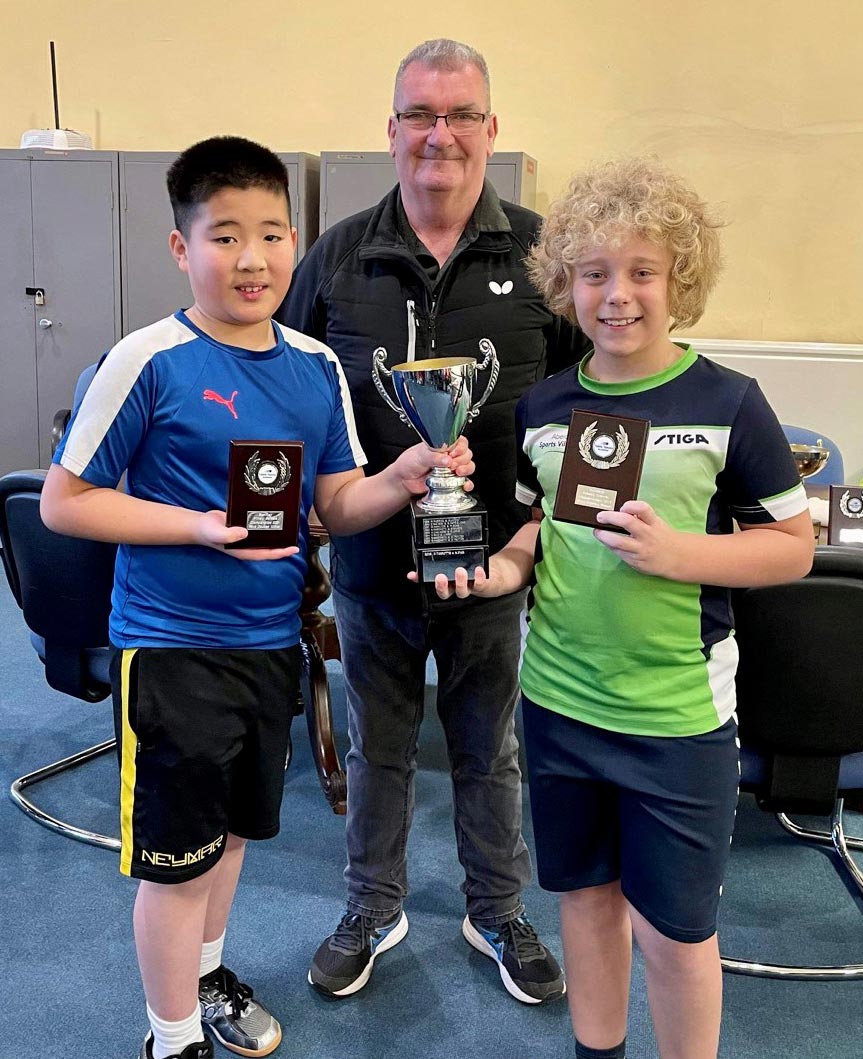