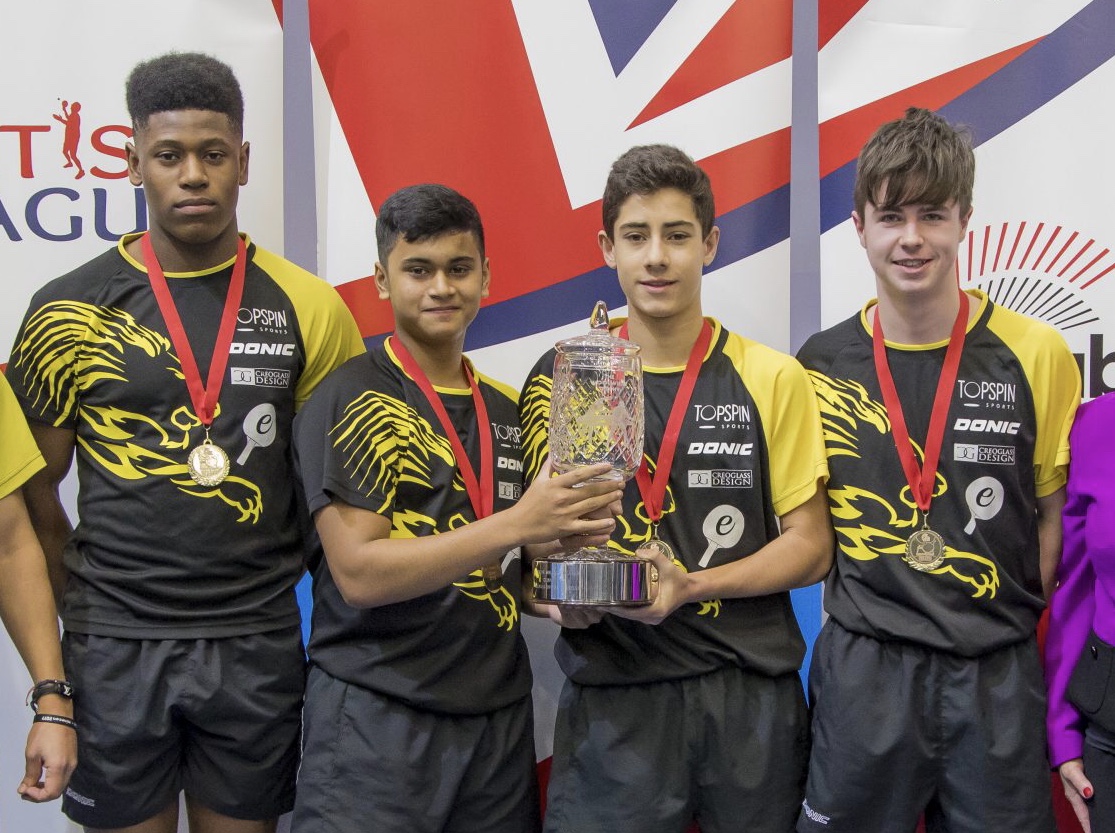 The conclusion of the Junior British league was held last weekend with the top players from across the country and several competitors from abroad also competing. Dylan Curry represented E Batt in the premier division , along with players from France and England. At the start of the weekend two teams were in joint  first place E Batt and Cliffedale, Ebatt won their first 2 games 6-0 and 5-1 and took a 2 point lead as the divisions split into two teams of four.  E Batt  next ended the hopes of BATTS with a 6-0 win with 2 for Dylan, Thibault and Gaurav, they went on to draw with Cliffedale in the next round 3-3 which was enough take the title with a match to go given other results.  A great result for the E Batt team and coaches Jade and Eli.