Is Ping Pong Bad for your ocular health? 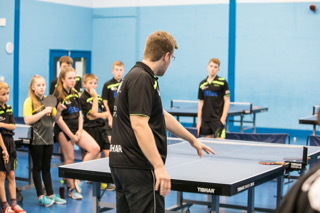 It is widely accepted that sport and exercise are good for our health. However, this has not always been the case, with certain sports regarded as having a negative impact on the eyes. Reports from the early 20th century indicate that the sport of table tennis – or ping pong – can put a strain on the eye muscles.

An article from the San Francisco Call on 1 June 19021 talks about eye strain and other fanciful diseases caused by ping pong (Figure 1). A newly popular sport at the time, it allegedly became known for causing ‘ping pong ankle’, ‘ping pong back’ and ‘ping pong wrist’. The author speculated that those who were able to “return the ball 100 times or so” rarely suffered any issues of the body, though the “tyro” who bends to pick the balls was likely to suffer from tendosynovitis (back pain).