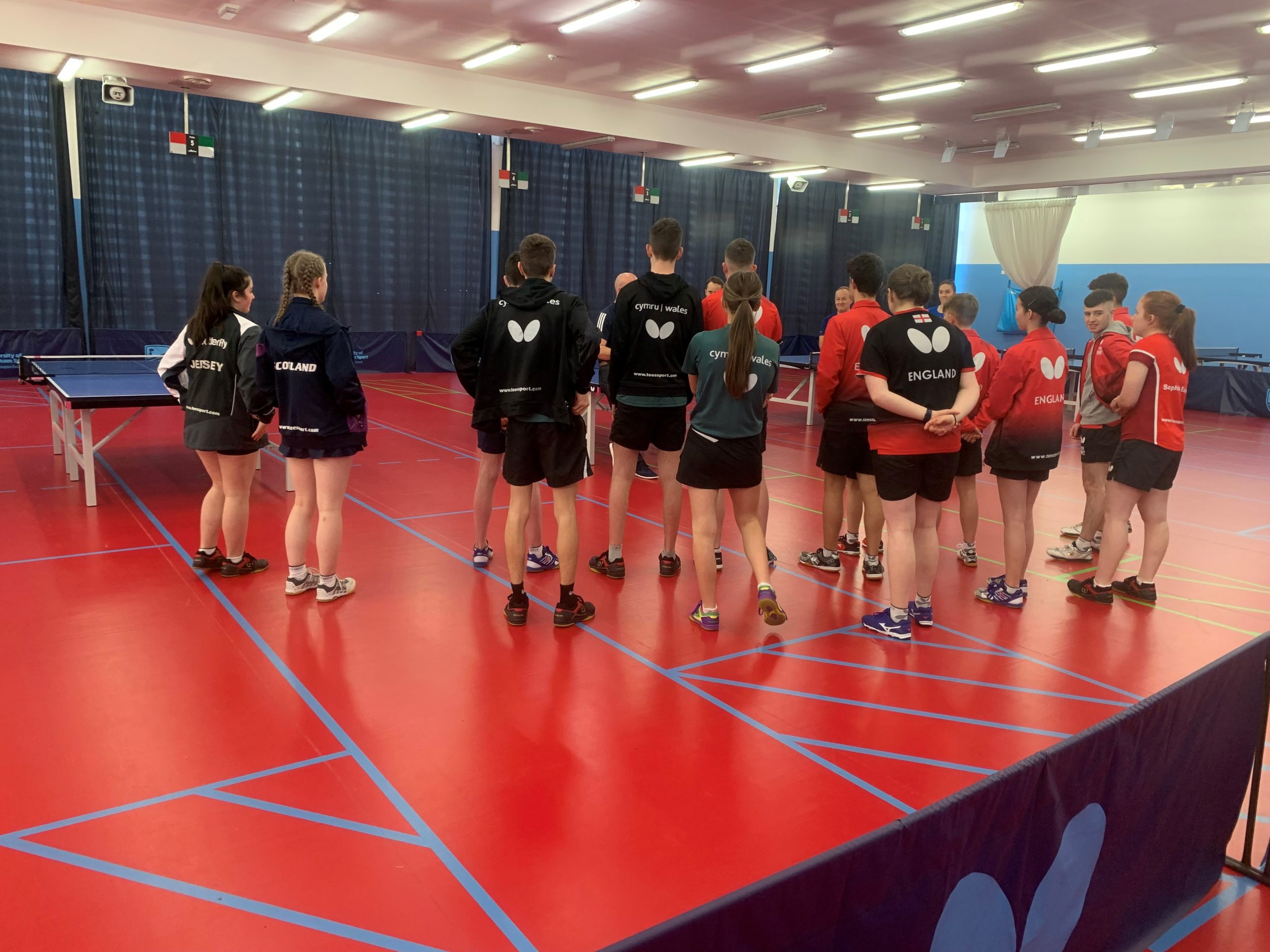 In advance of the camp, we travelled down on Friday to Nottingham to prepare for the camp to begin at 1.00pm on Saturday. The camp began with an opening talk from Simon mills, Alan Cooke and Ryan Jenkins detailing what was expected in effort and commitment over the weekend from each player and the purpose of the training weekend.

Warm up was delivered by Ryan doing including intense footwork exercises. After a 5 min knock up on the table it was straight into exercises which the coaches talked about quality and consistency of shot delivered. Exercises were varied and tough and both Scottish representatives gave their best in everything. The session continued with positioning exercises incorporating strength of shot, position of the ball and footwork. Service and return were next on the plan which was also incorporated into game play.

After a short break it was outside for intense physical session which consisted of 12 runs that had to be completed in 12 seconds or less per run with a 12 second rest and this was done 3 times with a 2-minute break between sets.

This was planned to see how far they could push themselves as immediately on returning to the playing area they each played 3 X best of 5 games with opponents selected by the coaches. The intensity of the physical followed by matches was to test stamina.

This ended day one session and the group were instructed to “dress” for dinner as this is regarded as part of the respect for the sport, absolutely no room for time wasting and everyone is on time and prepared for what they are supposed to be doing.

Day 2 started with a 7.30am run followed by breakfast then straight to the training hall.

The opening talk was about manging your game and managing times when you are not playing so well.

Warm up was a skipping exercise starting with ordinary skipping and moving into various footwork skips and challenges.

The playing session started off with various combinations of long and short shots with each player dominating. Concentration on effort behind each shot, placement, return, and footwork. Also taking shots early while attacking and the importance of practicing touch shots and chop as all players to have a fully round game need to have all these elements. Second part of day 2 had more match play including elimination match play after which the day ended with a warm down and a further talk on what to expect next from this camp. Each person will receive a report and the option of an online zoom call with Ryan and Alan.

Both Kieran and Shannon carried the flag for Scotland to the highest standard showing effort and commitment and were happily exhausted on the journey home. 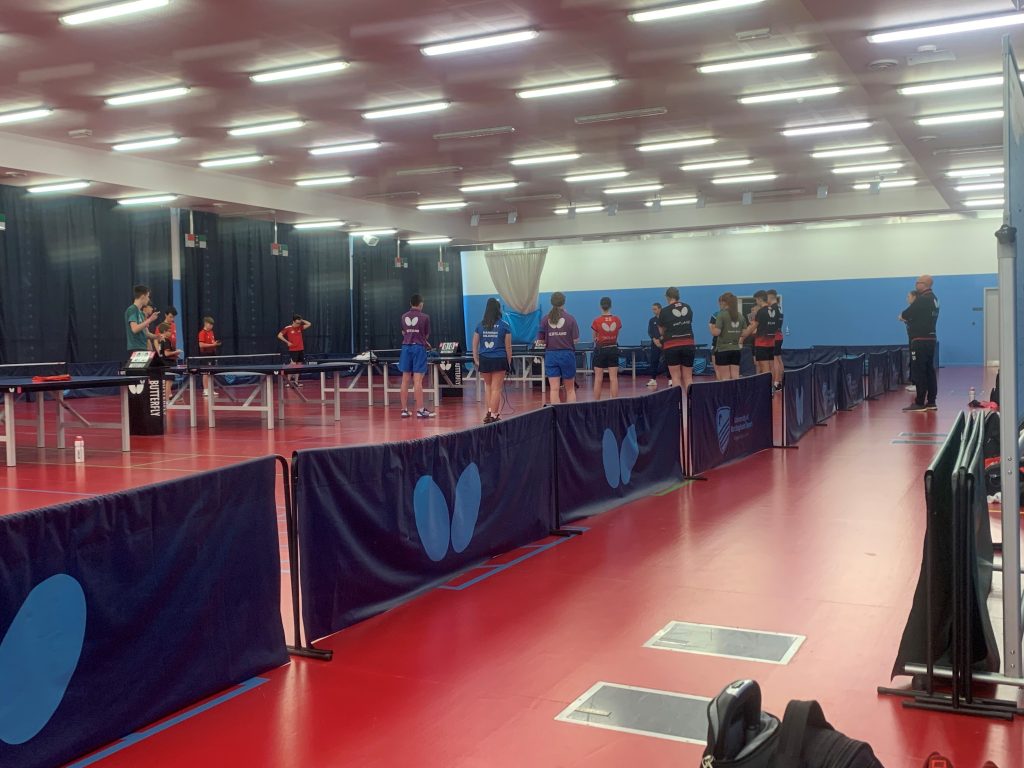