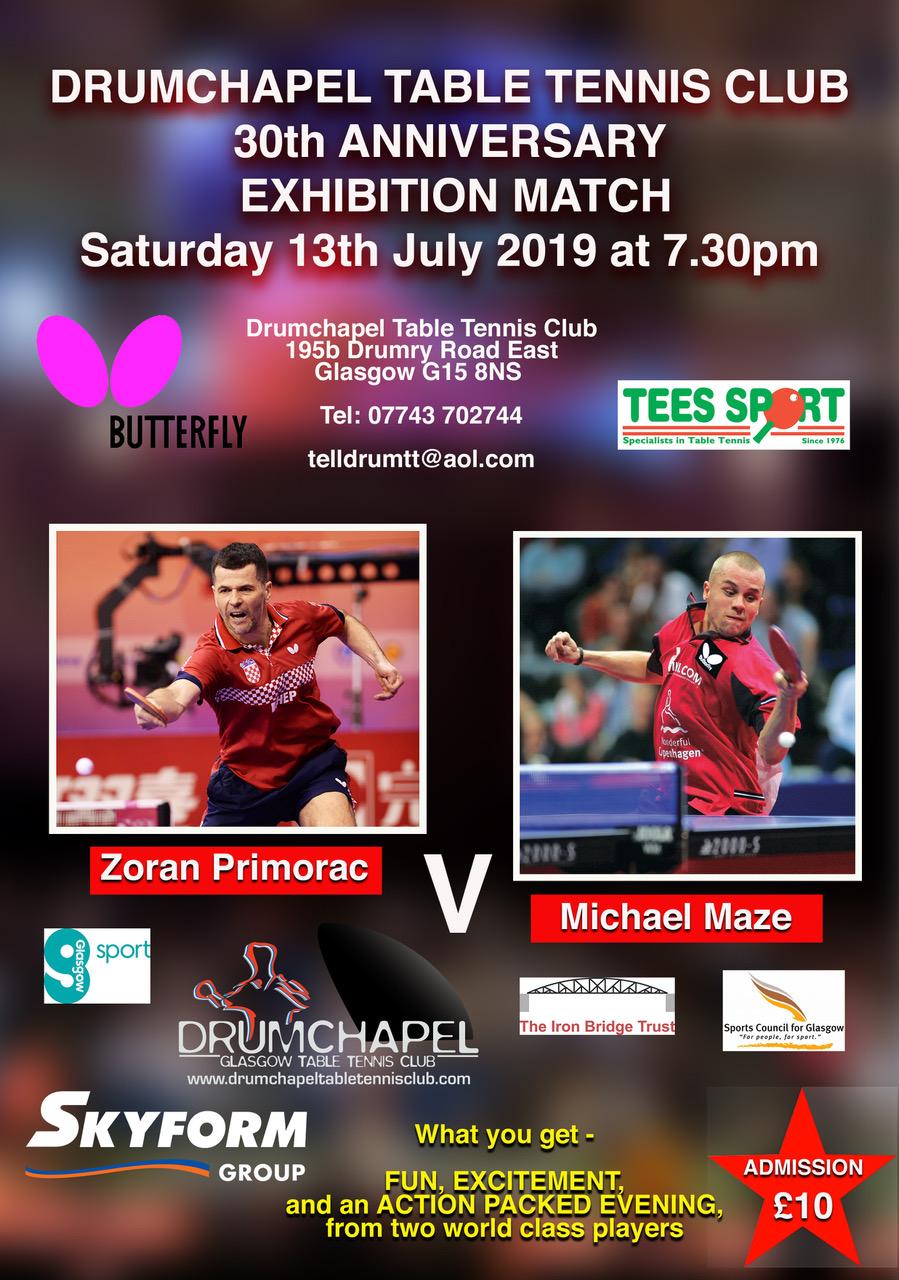 Drumchapel Glasgow Table Tennis Club has reached another milestone this year, we are celebrating our 30th anniversary. To celebrate this milestone, in partnership with Butterfly we have invited two very special guests to join us.

They are: Zoran Primorac – the legendary Croatian who has been one of the top players in the world for over 30 years and his achievements include a World Ranking of 2, World Cup winner in 1993 (Guangzhou)and 1997 (Nimes), European Champion 1990 and is a 7-time Olympian.

Michael Maze – The iconic star from Denmark is one of the most recognisable players in the world with his highest ranking being number 8. He was a European Junior champion in singles and doubles, and is a European Top 12 winner (2004) and won a bronze medal at the 2004 Olympic Games 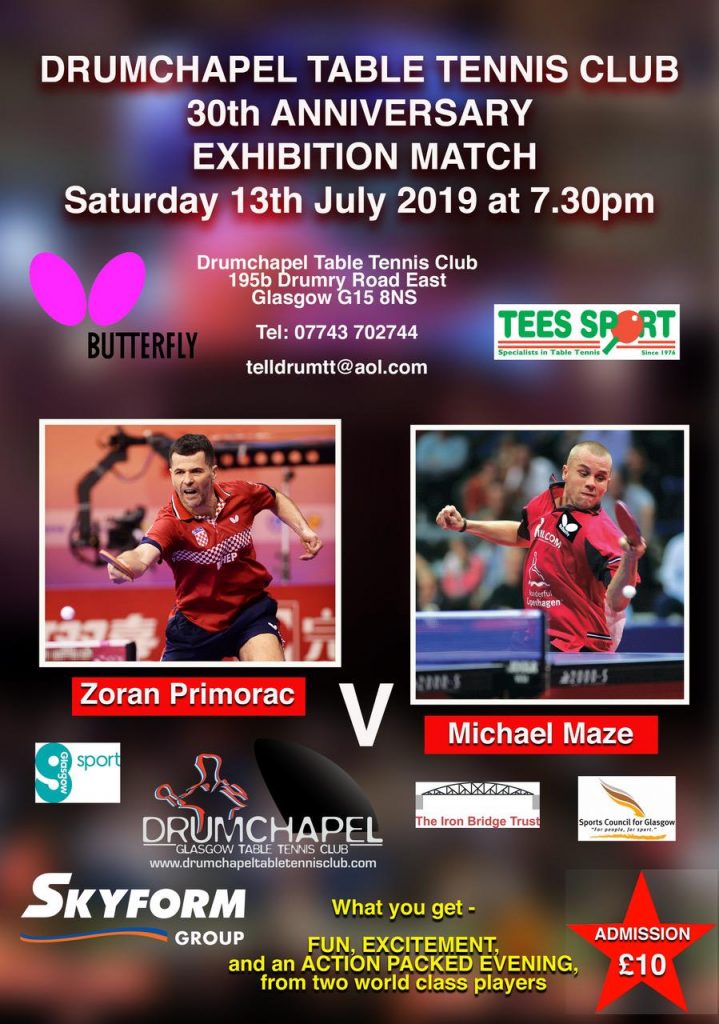