One of the plus sides to lockdown has been the deluge of books on table tennis. 4 paper books have been published since July and one e-book which in table tennis terms really does constitute a deluge. If we look at Barry Haywards excellent website www.tabletennislibrary.co.uk we see that 2018 and 2019 saw 1 book listed per year. However so far in 2020 we have already seen 5 books published  with the 4 paper books all coming from UK based writers. With Christmas approaching we will not only be able to purchase a table tennis themed book for our TT friends but will also have a choice of which one to buy. 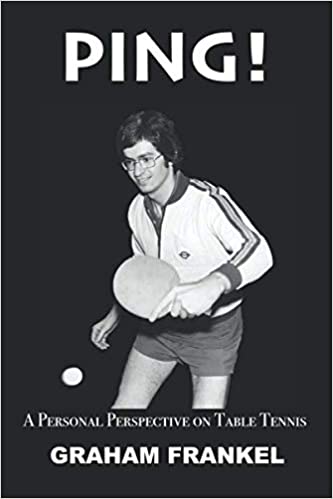 Firstly, we will look at “Ping!A personal perspective on table tennis” by Graham Frankel. Graham is a mainstay of the BATTS club in Harlow, Essex and is known to many in Scotland. Ping is a journey through more than 50 years of table tennis from his introduction to the sport from his families “au-pair” girl at the age of ten to the modern-day dilemmas we face. Intertwined with Grahams life  around table tennis the book also looks at major events in table tennis over the years. The author brilliantly takes us through his own life through university and into the world of work. Meanwhile he struggled finding places to play table tennis and juggled his working career with family life. This is a dilemma many of us have faced though Graham manages to keep the reader interested by managing to link his working life to his table tennis. This tells us exactly how much table tennis meant to Graham when on many occasions it would have been easier for him to stop playing at least temporarily. A constant theme throughout the book is equipment which Graham obviously has strong opinions on. He traces equipment from the early days through the introduction of a sponge bat in 1952 by Hiroji Satoh of Japan and onto modern rubbers and of course the increase in ball sizes in 2001. The author makes a comparison with the sport of tennis where they very quickly banned the equivalent of long pimples and anti-loop when banning the double stringed racket in 1977.

Overall, this is a beautifully written book which will be of interest for all table tennis enthusiasts and at less than 100 pages long is sadly over all too soon. “Ping!A Personal Perspective on Table Tennis” by Graham Frankel is published by Amazon and is available as a paper copy and an e-book priced £9.99.

Next up we have “Spin: Tips and Tactics To Win at Table Tennis” by Tom Lodziak. This is an interesting book as it is not the traditional instruction manual advising players on how to create the perfect technique for table tennis. Tom is a full-time professional table tennis coach based in Cambridge. Tom starts by telling us his table tennis story which is similar in many ways to  a lot of us in that he describes becoming addicted to table tennis. After working many jobs, he became more involved in table tennis coaching to the extent that eventually it was an option to become a full time coach. Rather than improve your technique this book focuses more on how to make the best of what you already have. This is a book for players of all standards who would like to make the most of what you already have. That is not to say Tom does not suggest practicing your technique he does believe practice is the best way to improve- and the more you practice the better. Interestingly Lodziak speaks about the 74 things you need to do well to be a “really good” table tennis player. This sounds like rather a lot however he suggests that these techniques should be practiced regularly to ensure muscle memory and to ensure they are stored in your subconscious. 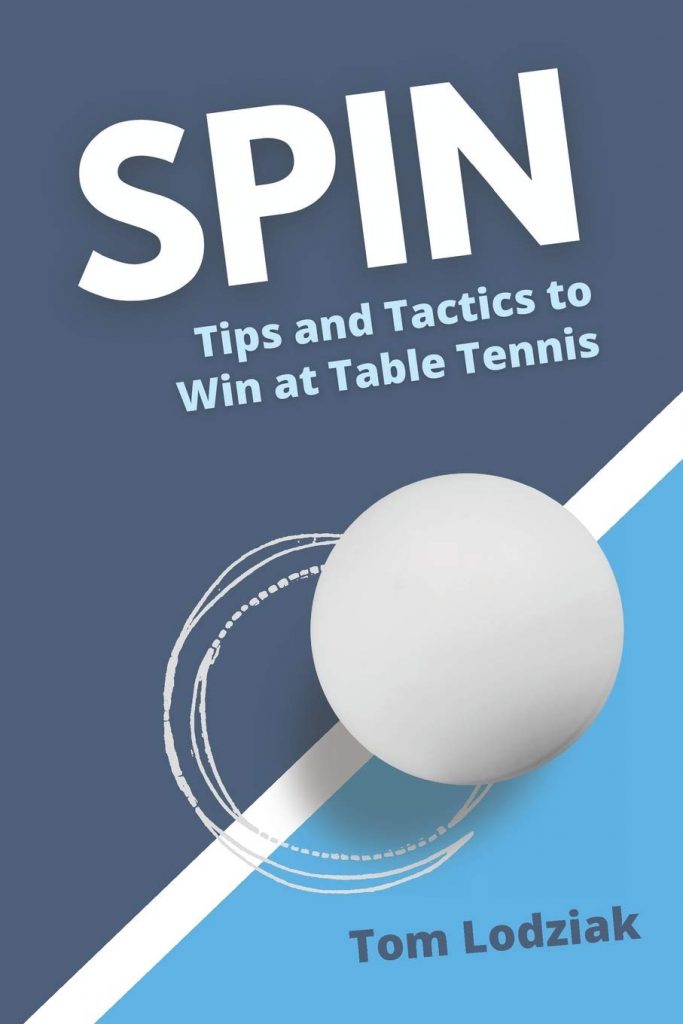 Tom also speaks about “winning cheap points” through your service. This is something which is often frowned upon in table tennis though seen as a great asset in tennis. Commentators on tennis will wax lyrical about aces yet non returning of serve in table tennis is often perceived as a weakness in the receiving player’s game. I agree with Tom that we should all practice our serves more regularly and it should be something we should try to incorporate into our weekly practice.

Overall, this is an excellent book for players of all levels in Scotland who want to get the best out of themselves in table tennis whether that be in the local league or even the British League. Priced £9.99 and available from Amazon and Bribar Table Tennis mail order.

Next up is “Table Tennis From Then Til Now” by Rowan Fullen. Rowan is a table tennis coach on the south coast of England at Bournemouth TTC and has been involved in the game for almost 80 years. This book is a collection of articles by the coach. He also charts the changes in the game over the long number of years he has been involved in the game. `Mr Fullen separates the book into 6 different areas starting with Theory and Science followed by Modern Development, Women’s Game, The Mental Side, Coach and Coaching and finally Serve and Receive.  He speaks early on about the science of spin as the ball passes through the air. I do have my Higher Physics though I must say I was rather lost during the discussions on the ‘laminar’ effect and with all due respect I do not think too many table tennis players are really interested in the science of spin? Overall though it is a fascinating collection of articles and it does not read to be read from cover to cover. It is the type of book you can easily dip in and out of and for that reason I did read most of the articles. Just when I was about to give up the next article would be a gem and encourage me to carry on through to the end of the 361 pages. I suspect the author has done this as much for himself as anything else and as an aspiring author I cannot be critical of him for this.

Available from Amazon priced £4.99 for the Kindle edition and £8.99 for the paperback. 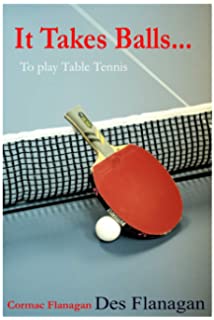 Last up we have “It takes Balls….To play Table Tennis” by Des Flanagan. This is a wonderfully crafted book about Des who tries to qualify for the Irish veteran’s team after an almost 40-year break from table tennis. Des brilliantly describes his journeys to the tournaments and all through the book there is the backdrop of “the troubles”. Des travels with his mates Paul Gallagher and Sean McAnaney sound hilarious and indeed I would love to have been a passenger in the car on these trips throughout Ireland. He mentions a few players I have known from the past and the book revolves around each tournament from the Leinster Open to the National Championships. Table tennis is the theme of the book though the author manages to weave absolutely everything from politics and family life into the book. There is just enough talk of table tennis to make it interesting to table tennis enthusiasts but not too much to put off those who are not too interested in our great game. The author manages to discuss the taboo subject of the troubles and indeed spends much of the later part of the book speaking about his relationship with Seamus Mallon the former Deputy First Minister of Northern Ireland who sadly died in January of this year. Des is obviously able to tell a good tale in the written word and I have no doubt he would be great company on a long journey to a tournament. A great read for all table tennis enthusiasts.