Ten individual titles were contested on Sunday 14 October at the Perth Grand Prix which had attracted entries from Ireland and Wales in addition to the Scots home entries.

Wales got some revenge for their defeat on Saturday evening by dominating the Band 1 Singles events courtesy of Beth Roberts and Marc Castro. Beth capped an excellent day for her by winning the Ladies Singles against Glasgow`s Alisa Khalid who had performed well to make it through to the final.

The number 2 seed, Zac Wilson, from Belfast, who had flown over to play for North Ayrshire in the Scottish National League on Saturday won the title at his team mates expense defeating, Chris Main in the semi and no1 seed, Colin Dalgleish in the final. Both matches were closely contested affairs with Zac just edging them out 3-1 in both cases.

A big thank you to all our visitors from Wales and Ireland who travelled and added variety and interest to the event and to the excellent team of TTS volunteers, Senga Thomson, Stewart McGowan, Alison Woods, Lorraine Johnston and Ken Cadogan who worked tirelessly on the control table. 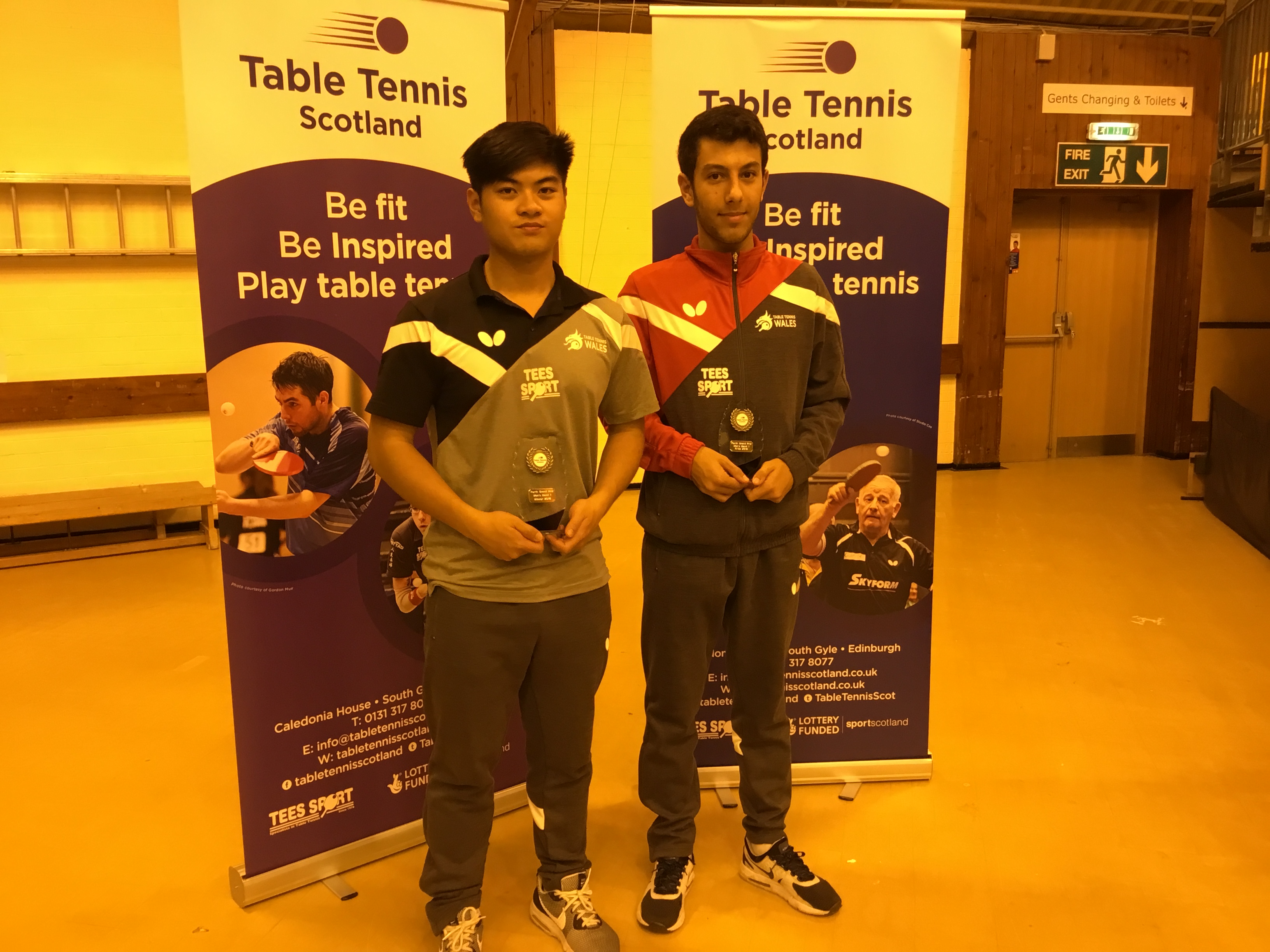 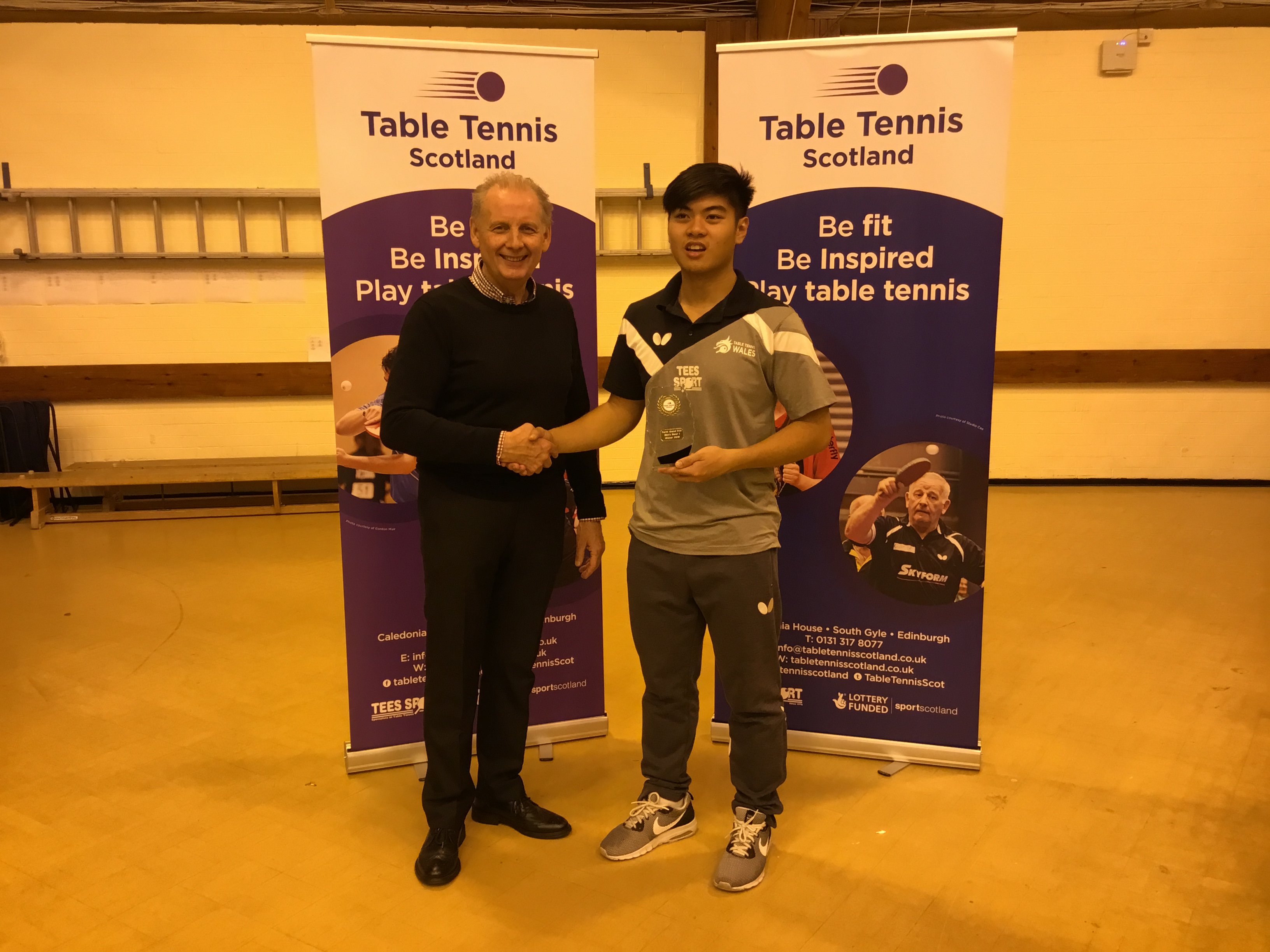 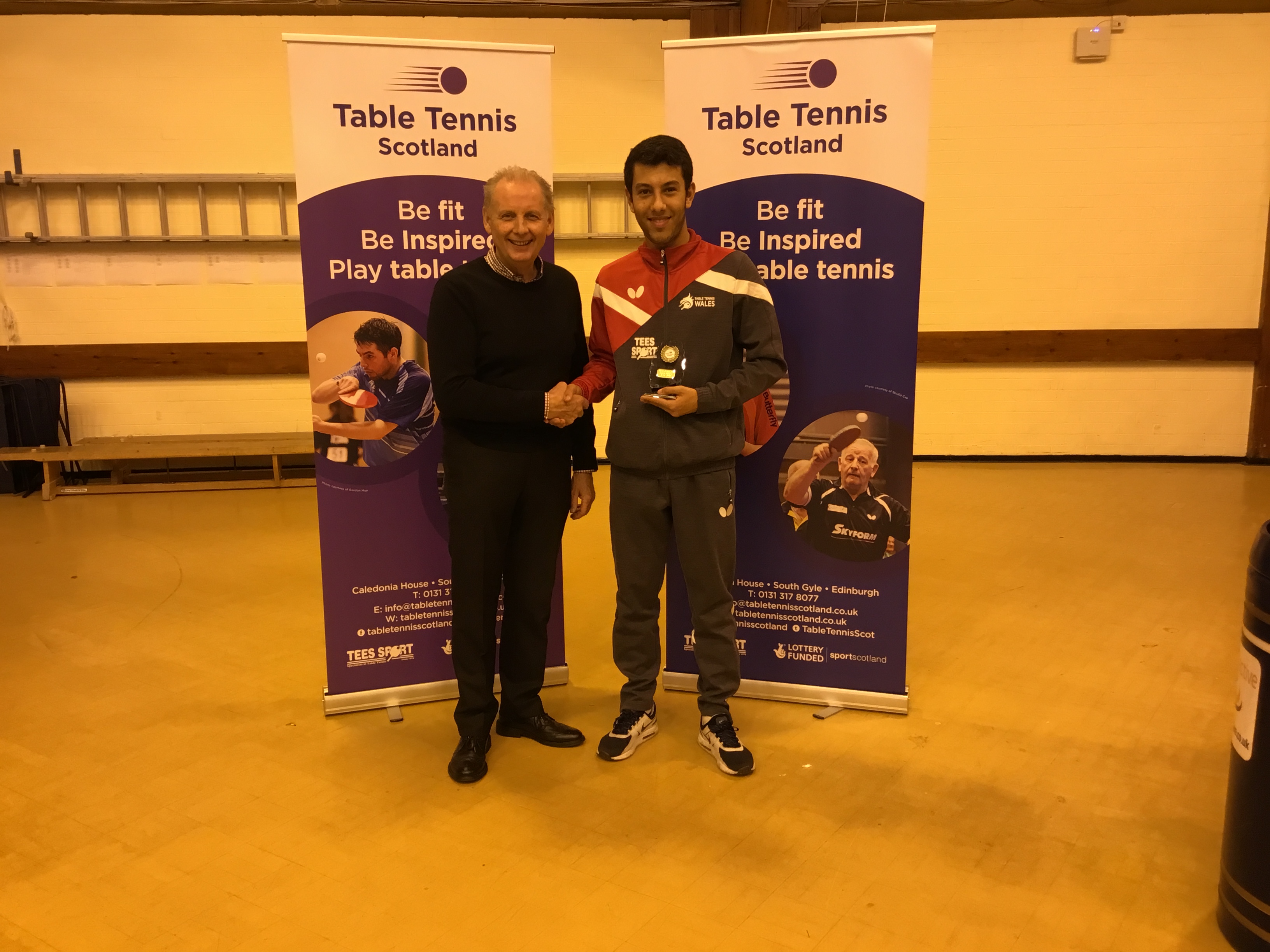 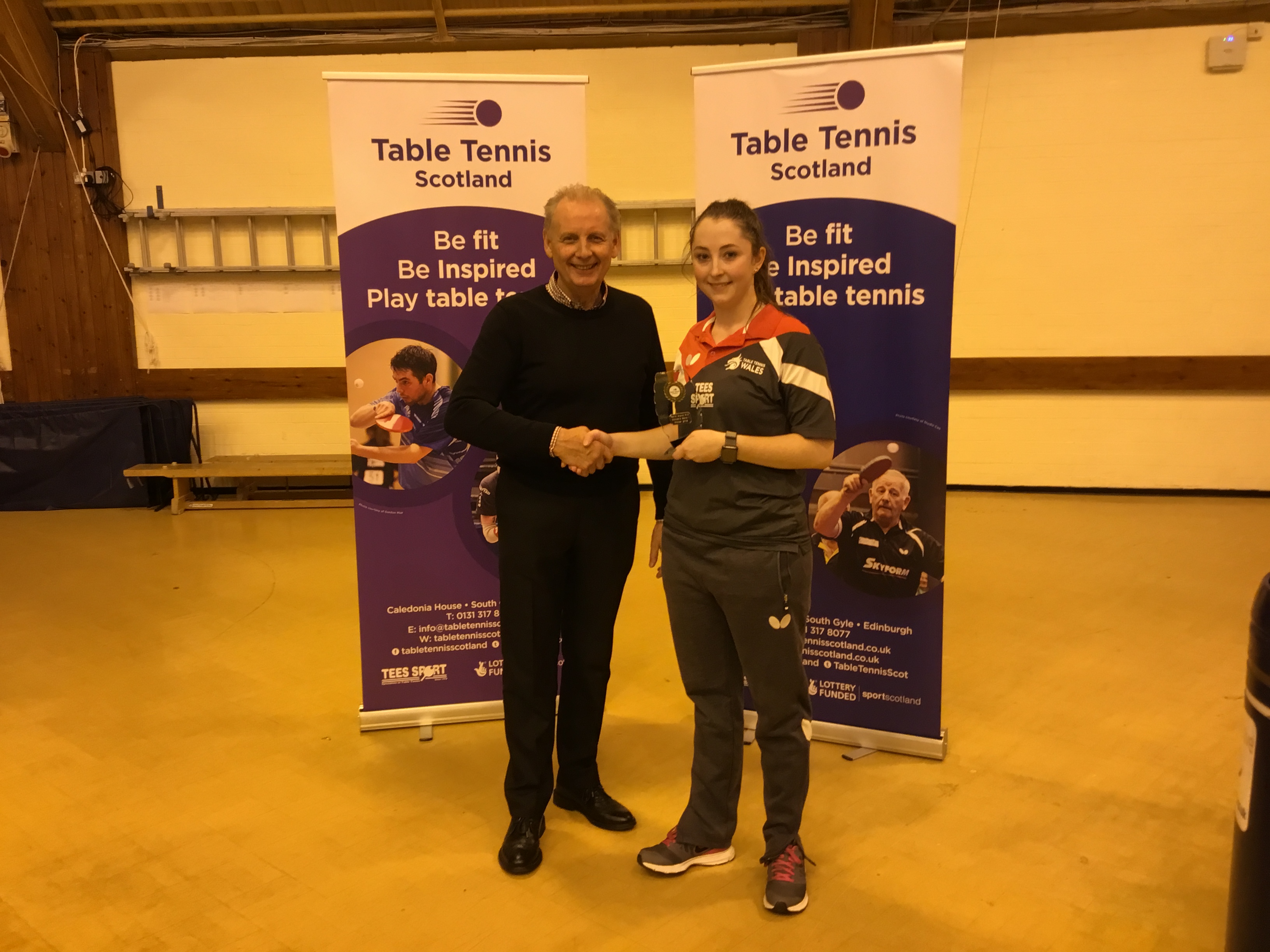 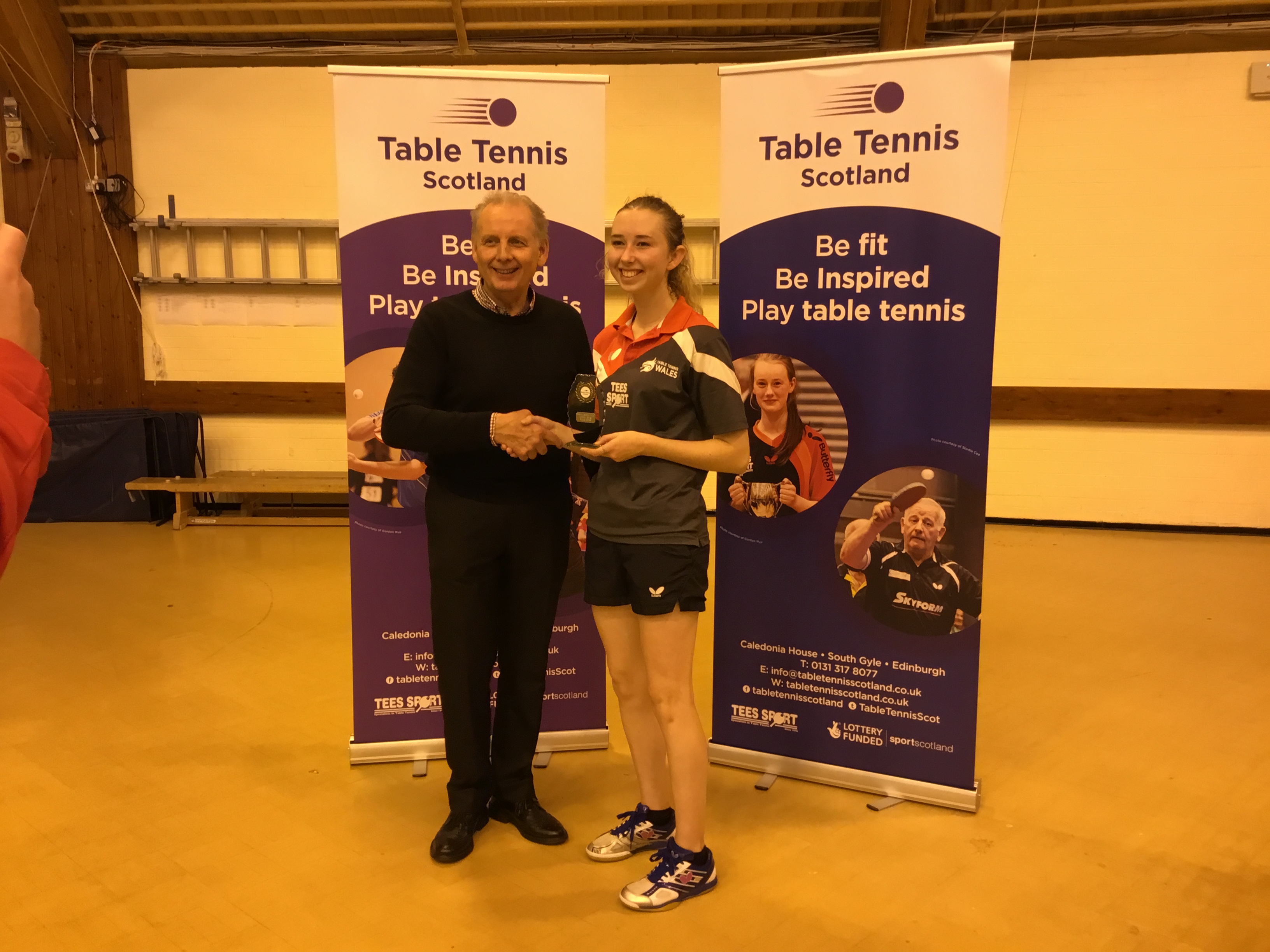 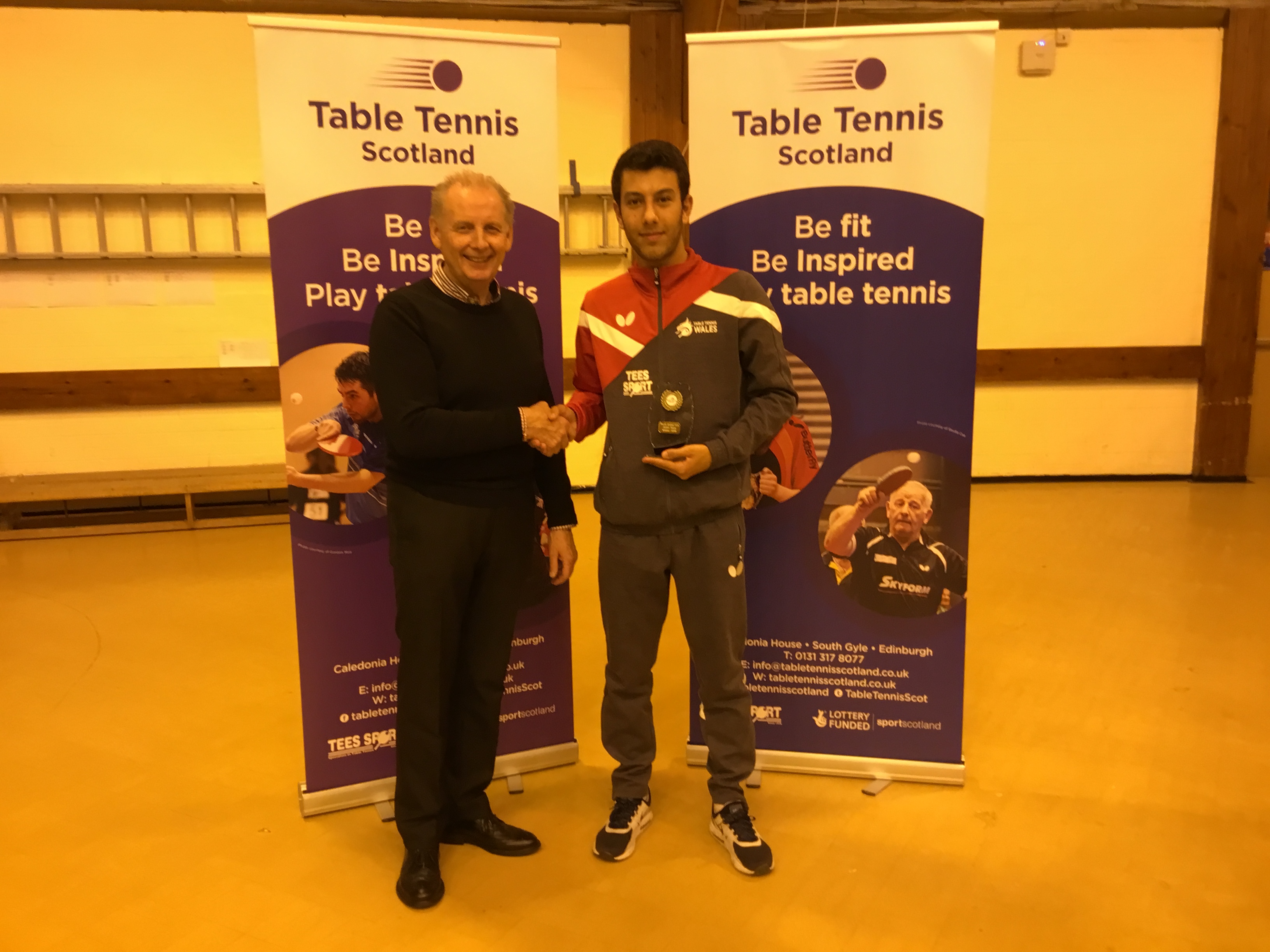 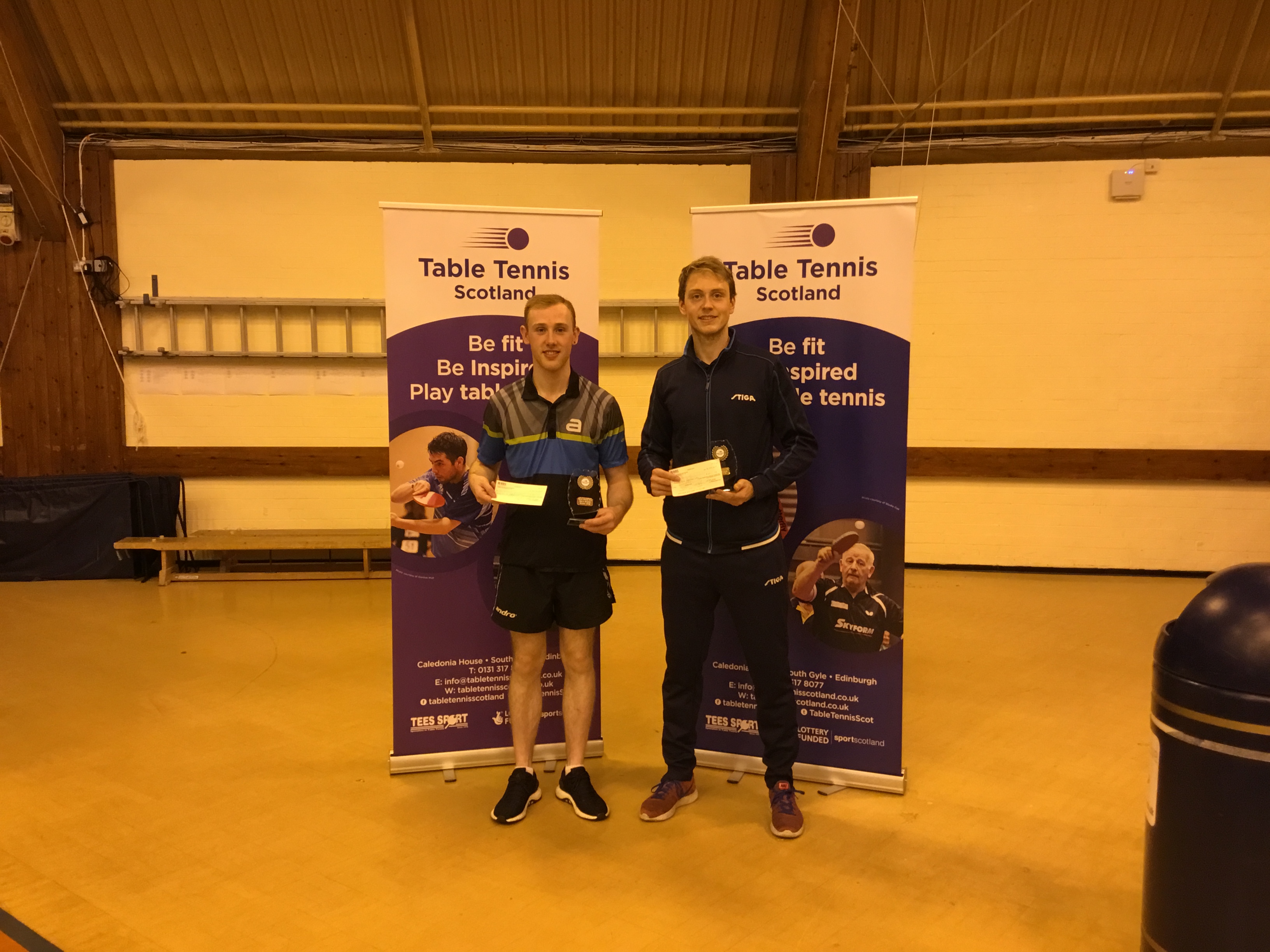 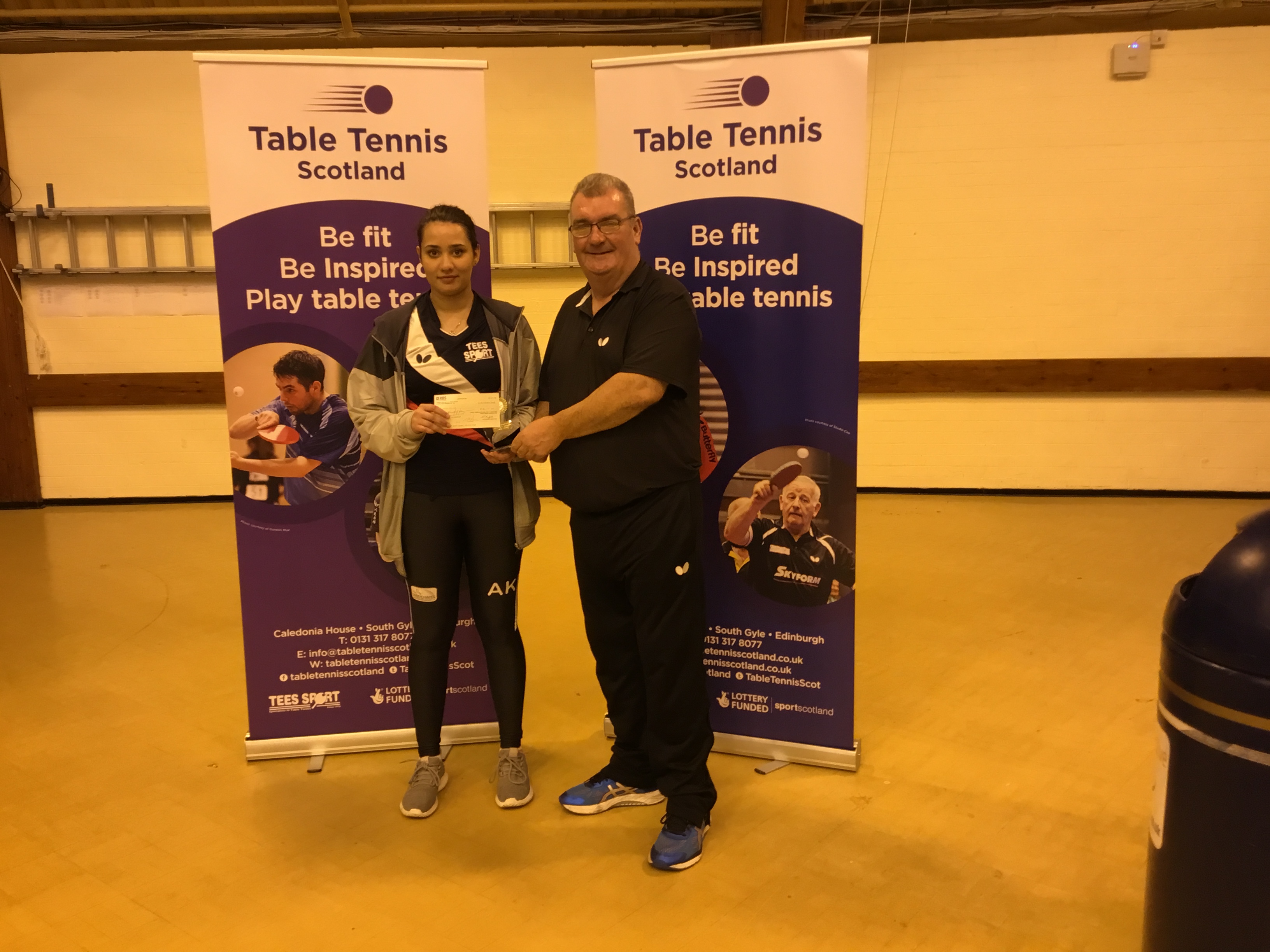 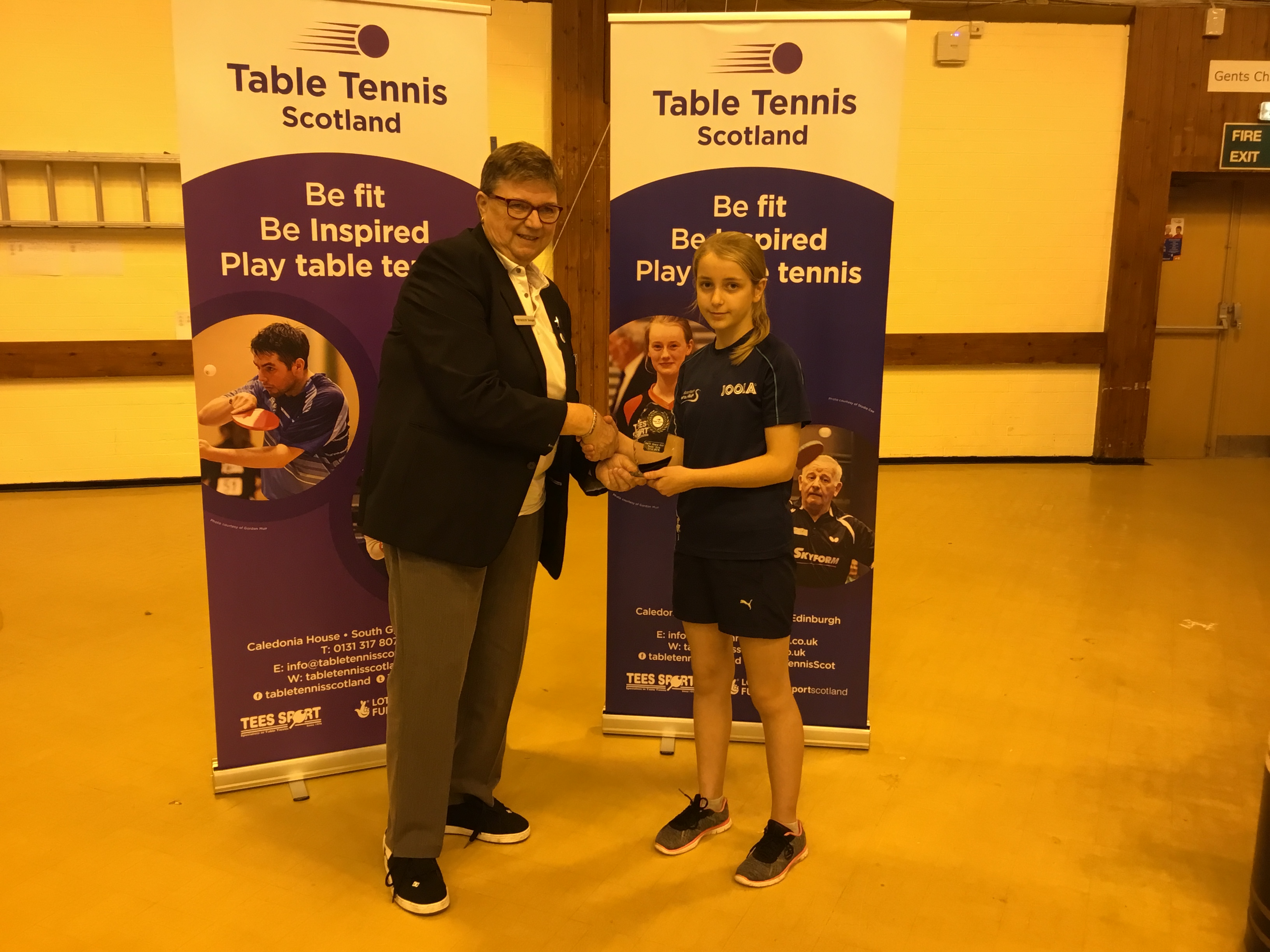 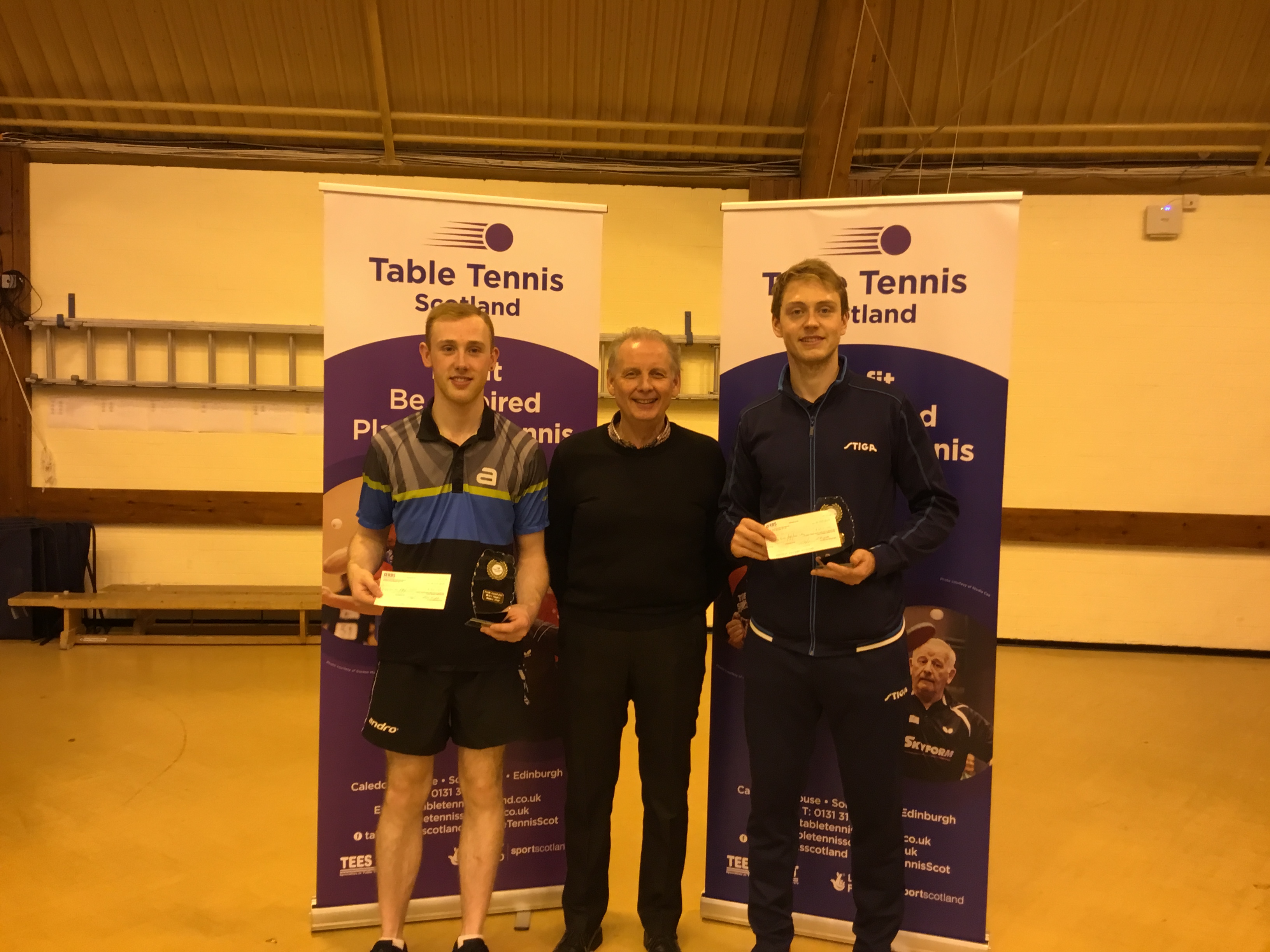