Scotland, England, and Wales collaborated on 13/14/15 February to run a virtual Home Nations E-Camp for our National Squad players, 21 Scottish players were in attendance over the 3 days. There was also an appearance from Jersey’s Hannah Silcock from across the English Channel.

The programme consisted of 90 minutes of table tennis and 45 minutes of fitness led by a different nation each day, we used breakout rooms for every session with some players working on shadow exercises, some with their robot and some with a family member.

Ryan Jenkins led his Aspire squad players and the other 38 players through a series of challenges with players using robots, family members and shadow play from their own homes.

“We were due to meet up in Nottingham this weekend anyway with it being the school half term, so instead of the time being lost we improvised and made it a virtual camp” said the Aspire lead coach.

Stephen Gertsen took charge of day 2 and the Scottish National Squad Coach created a great mix of exercises, challenges and fun games for the players of the various nations. Gertsen commented

“It’s great to all meet up and work together. Naturally it would be better in the hall but we have made the best of this opportunity”.

Wales hosted the third day and National Coach Stephen Jenkins arranged the plans for the players with help from the other coaches in his team. Stephen wants to see more,

“We have managed to get players in the hall in Cardiff fortunately, but this offers something different and I would like this to continue more when things return back to normal”

Top Welsh talent Anna Hursey led the fitness for Wales with Scarlet Anders (England) & Martin Johnson (Scotland) taking charge on the other days. There were also several coaches from the nations involved which will also help coach education and ideas to carry forward until lockdown is eased in the UK. Thanks to Roy Claxton, Iain Rhind, Callum Riddoch, Chris Main, Lisa Notarangelo and Senga Thomson for all their support to the players across the 3 days.

We would love to continue this type of cross border activity, Ryan ended with

“It’s fashionable to learn from others and even though there are barriers with this type of training, we made the best of it and improved each day after the coaches debrief at the end. I will set up another e-camp very shortly”. 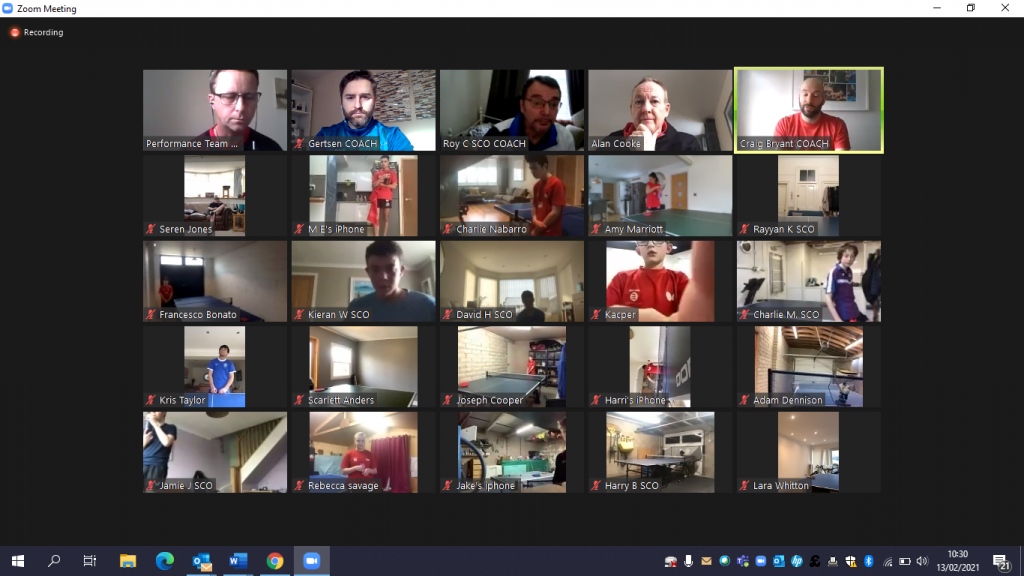 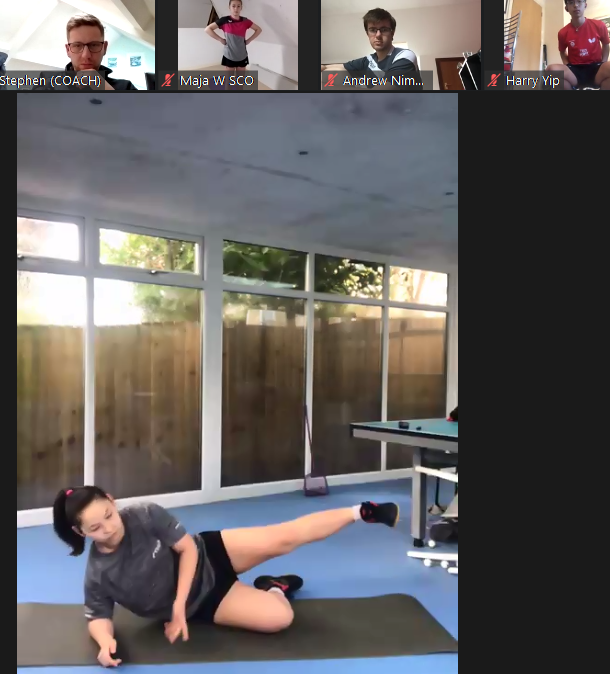 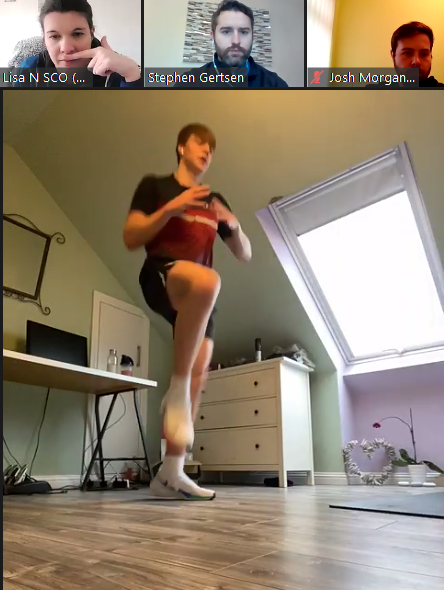 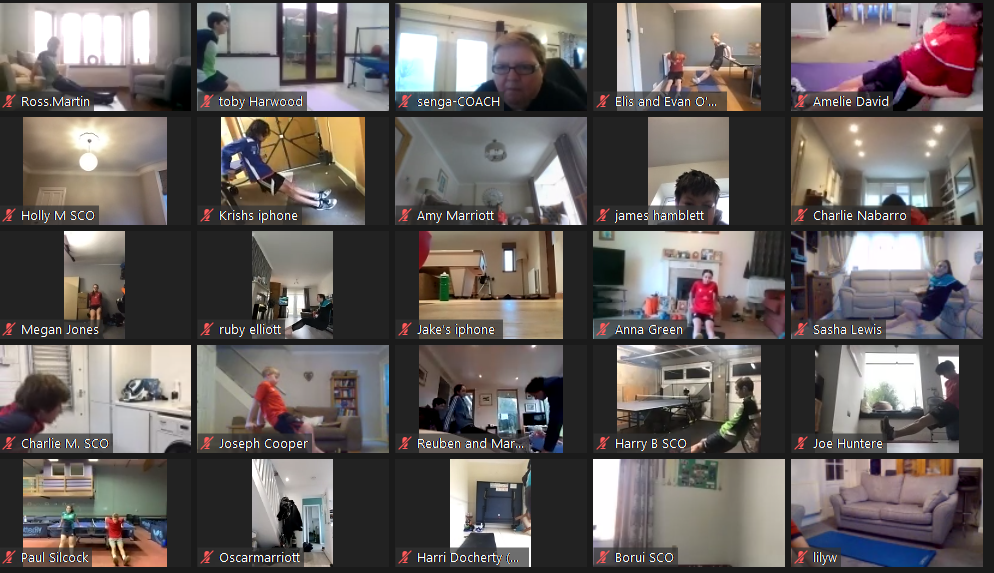 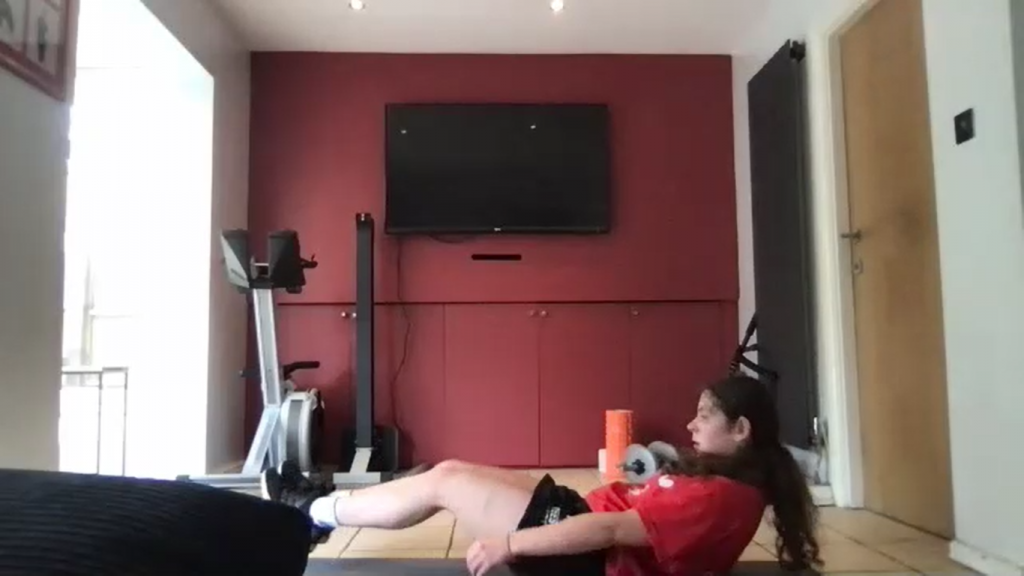