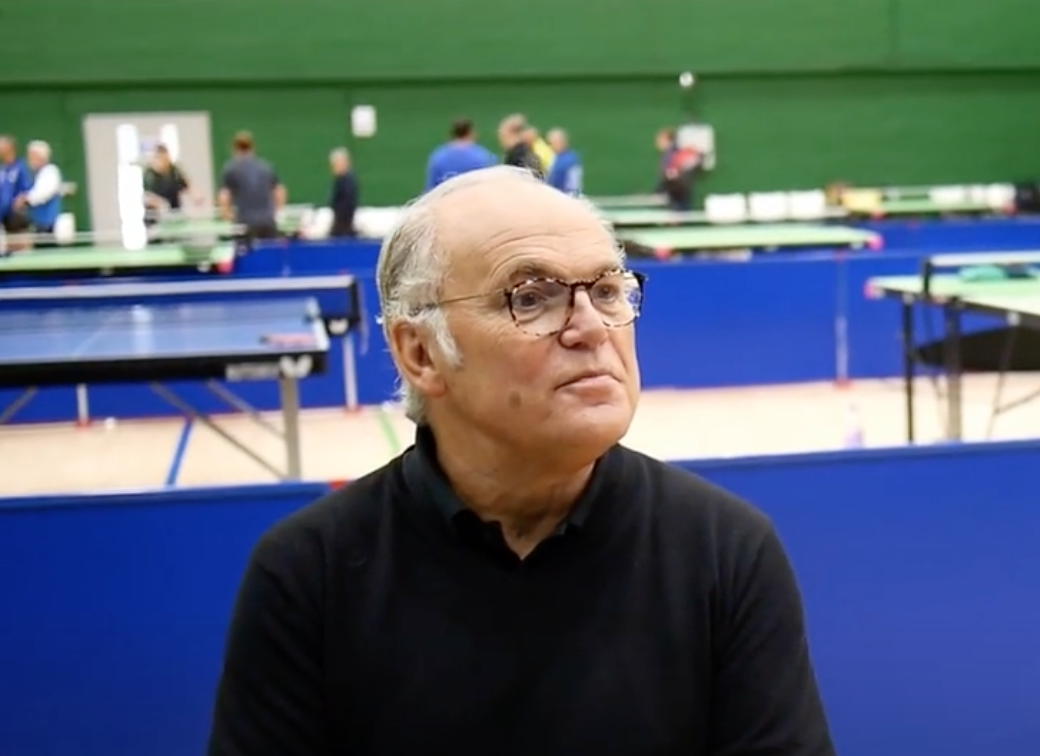 15 things we learnt from the Table Tennis Scotland Coaches’ Conference at Inverclyde.

It would be wrong to try and sum up three highly stimulating days in 15 phrases. However, there were certain themes and ideas which both Michel Gadal and Jing Yi returned to time and again in their presentations and demonstrations.

This fundamental question was posed by Deng Yaping to Michel Gadal when they worked together in Nottingham. For both Gadal & Jing Li (for whom the real TT player must have ‘heart’: ‘how much do you want to reach that ball?’) this passion for table tennis is what brings players back to the training hall, and makes them enjoy the physical effort required.  Furthermore, a true love of coaching and learning was essential for any top-level coach.

They need to have a vision of how they will play in 5 years time. This ‘goal’ will determine the nature of their training-it gives them something concrete to work towards.

However well you analyse what has gone before, any genuine champion needs something extra. Hence, the training environment must stimulate the creativity of the players- in order to find something unique that gives them the edge.

Gatien’s talent and success opened doors to Gadal-gave him access to top coaches around the world (who wanted to discover Gatien’s ‘secret’). Your best players will allow you to access vital sources of knowledge.

Without good ‘hands’ you cannot become a player. Speed is an overlooked element of table tennis (it was Gatien’s key attribute but had not been developed by European table tennis in the years since).

The nearer you get to being world class the less you need the coach. By that stage you know how to play table tennis & know how to adapt when confronted by problems. The coach’s job is, ultimately, to make themselves unnecessary. ‘When you play you are alone’.

About 4/5ths of your time on court does not involve hitting table tennis balls. During this time (e.g. when picking up the ball) you should be thinking:

iii. What am I going to do to win the next point?

Richard’s Yule’s allusion, in his final summing up, to E. F. Schumacher’s idea (as outlined in his book of 1973: Small is Beautiful) related to Gadal’s view that the very best players can best be produced in smaller associations (larger associations tend to focus on structures and merely produce a lot of very good players). Gadal pointed to Hugo Calderano of Brazil (with who he had worked) as an example of some from a small association with-Gadal believes- the potential to become a top-10 player. There is no reason that the next Calderano can’t be produced by your club.

Gadal challenged the clubs represented and told them not to wait for their association. Local clubs had the potential to effect real change and help expand table tennis beyond its current audience and to attract the private sector funding required. Table tennis could become one of the top 5 sports in the world..

Whether natural talent exists has been a much-debated topic in recent years (for example the writings of Matthew Syed). Gadal’s conception of talent relates to a special feeling for the ball but over and above this, mental capacity to learn and adapt to new situations. These are capacities that those trying to identify those with serious potential should look for. In contrast, fitness and technique are relatively easy to learn.

The truly great player will be outstanding -2/ 3 years ahead of his peers, so they may well ‘disrupt’ your coaching structure. While this may go against principles such as fairness, to produce real champions clubs and associations need to make special efforts to help the very best players realise their potential.

Time and again Jing Li emphasised the differences between girls & boys. Girls’ confidence is more fragile-they need special attention. In the technical aspects of the game they may need to be coached separately.

Base your style around your strength-your aim is to impose your style on your opponent and get them to give you the balls you want. This should be the focus of your training.

This was Jing Li’s unique description of pivoting to play a forehand and then reversing the movement to play the shot. She emphasised that the hands, waist and feet must work in concert to produce the necessary momentum.

Sometimes both the player and the coach have no answer. When trailing 0-2 and getting hammered, Gadal was unable to give Gatien an answer so just said ‘call 911’. This amused Gatien and helped him relax and play with more fluidity…he went on to stage an amazing comeback and win the match.