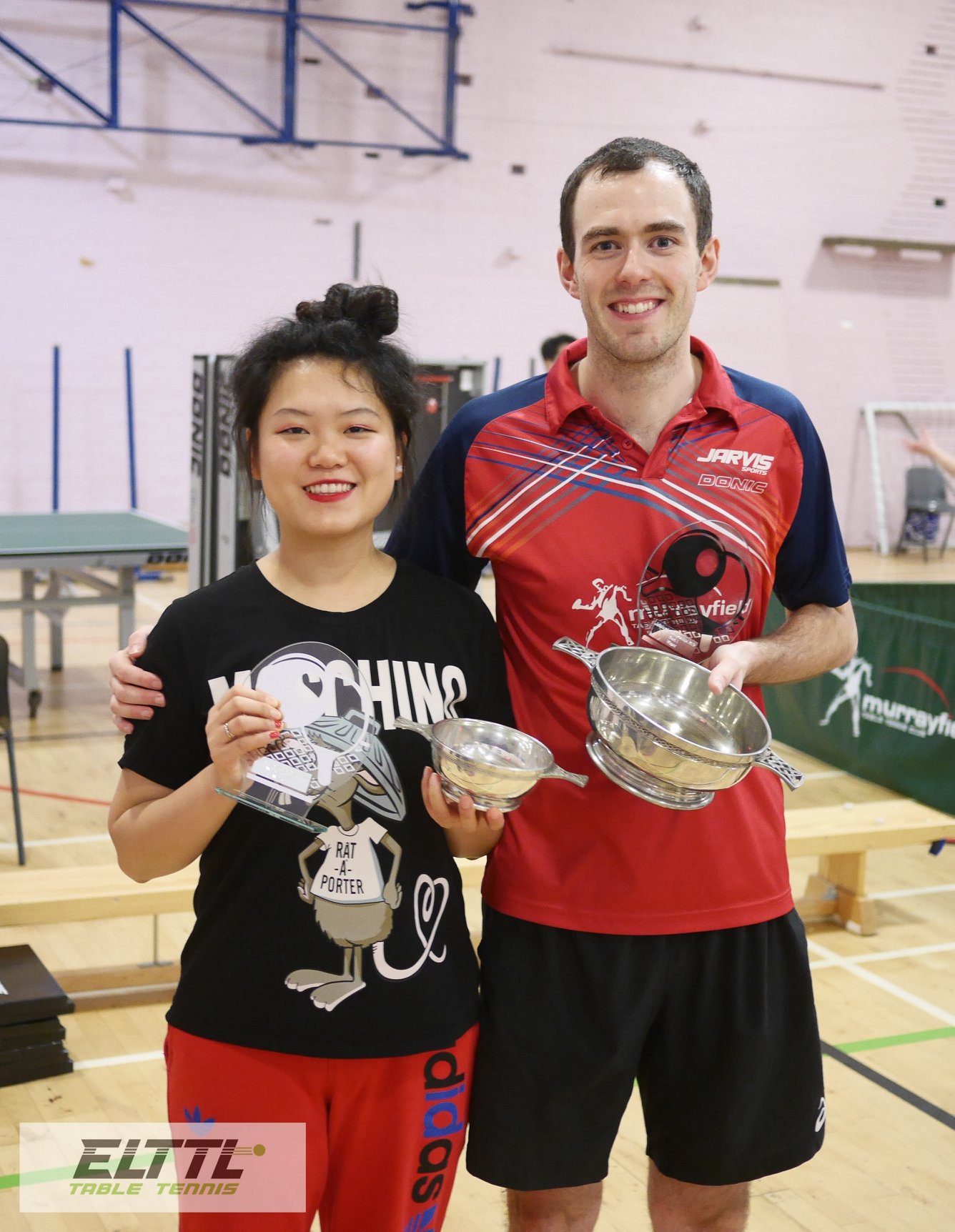 The 2019 Edinburgh Championships at the Royal High School provided a fine send off for Gordon Muir and Yuhuan Wang as they prepare to move to China. Not only did they (alongside Lindsay and Graham Muir) organise a successful event (we’re going to miss them!) but also claimed the 2 top prizes. The morning matches were age-group affairs and in the afternoon players competed in 6 bands, determined by their RC ratings. 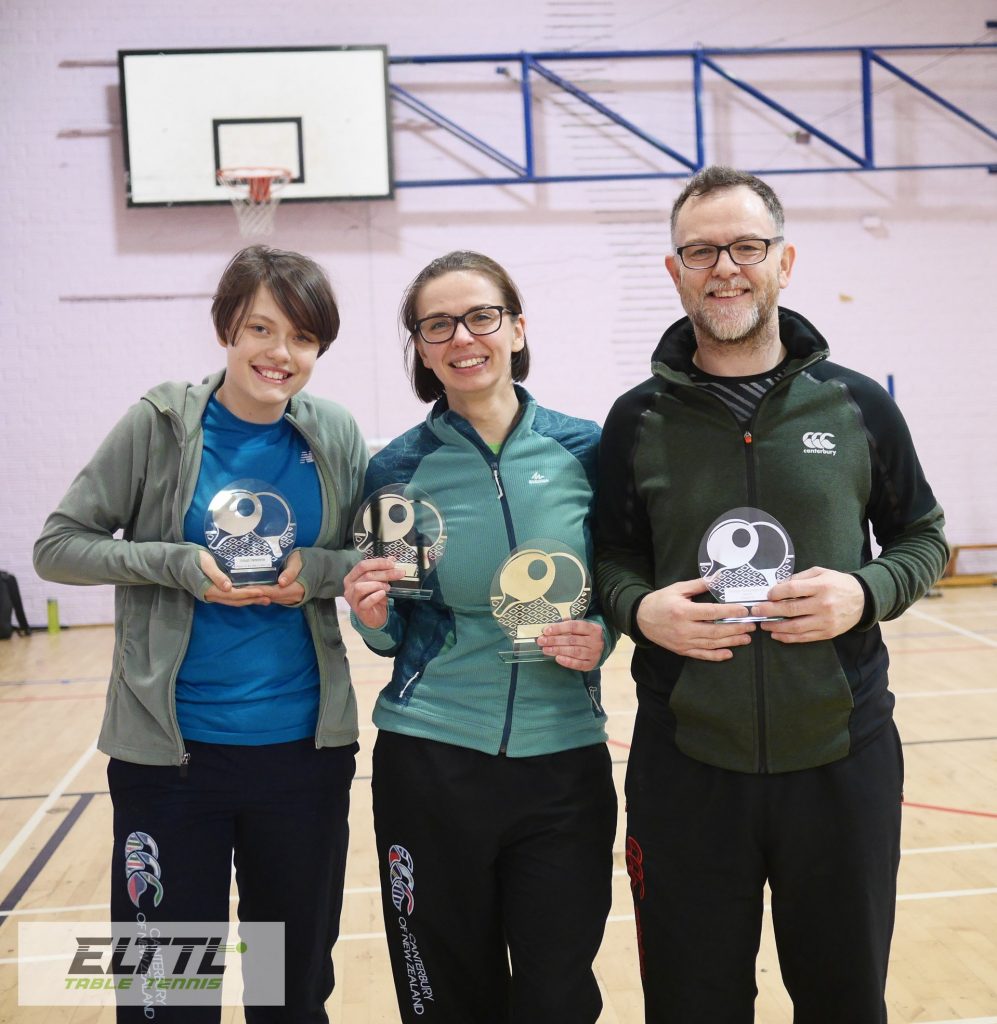 After picking up the 18-40 (Band 1) title in the morning (ahead of Leandro Golinski), Gordon Muir came through tough battles with Dariusz Szymczak (Szymczak missing with some key forehands in the 5th set) and young Borui Chen to reach the final of the Band 1 event. Chen impressed again with good wins against Colin Green and Charlie McGowan and looked set to take Muir to a fifth set as he led 10-8 with his typically fluent play. An excellent down the line backhand (or ‘surprise french flick receive’ as Muir termed it) turned the set in Muir’s favour; he closed out the fourth set 12-10 and the match 3-1.

After battling through a really tough group (including a lengthy match against Charlie Ellis in which he dodged 4 match points), Andrew Nimmo took on fellow Fife-based player, the ever-tricky Peter Aird, in the other semi. Aird had topped his group following a good win versus Yuhuan Wang. Against Nimmo, Aird found some real consistency with his flat forehand and (and revved up by his shadow boxing between ends) came through strongly in the third and fourth sets. The final proved to be fairly one-sided with Muir coping very well with Aird’s service (‘I was really happy with the way I returned Peter’s serves, that was key’), rushing into an eight love lead in the first set as Aird began to get a little bit frustrated (‘so rubbish!’ ‘too many mistakes!’). Aird never really got going in the final and Muir eventually took it with some comfort 3-0 (4, 10, 6) and with it the Michael MacLaren Quaich for the second successive year (only the second player to do so). 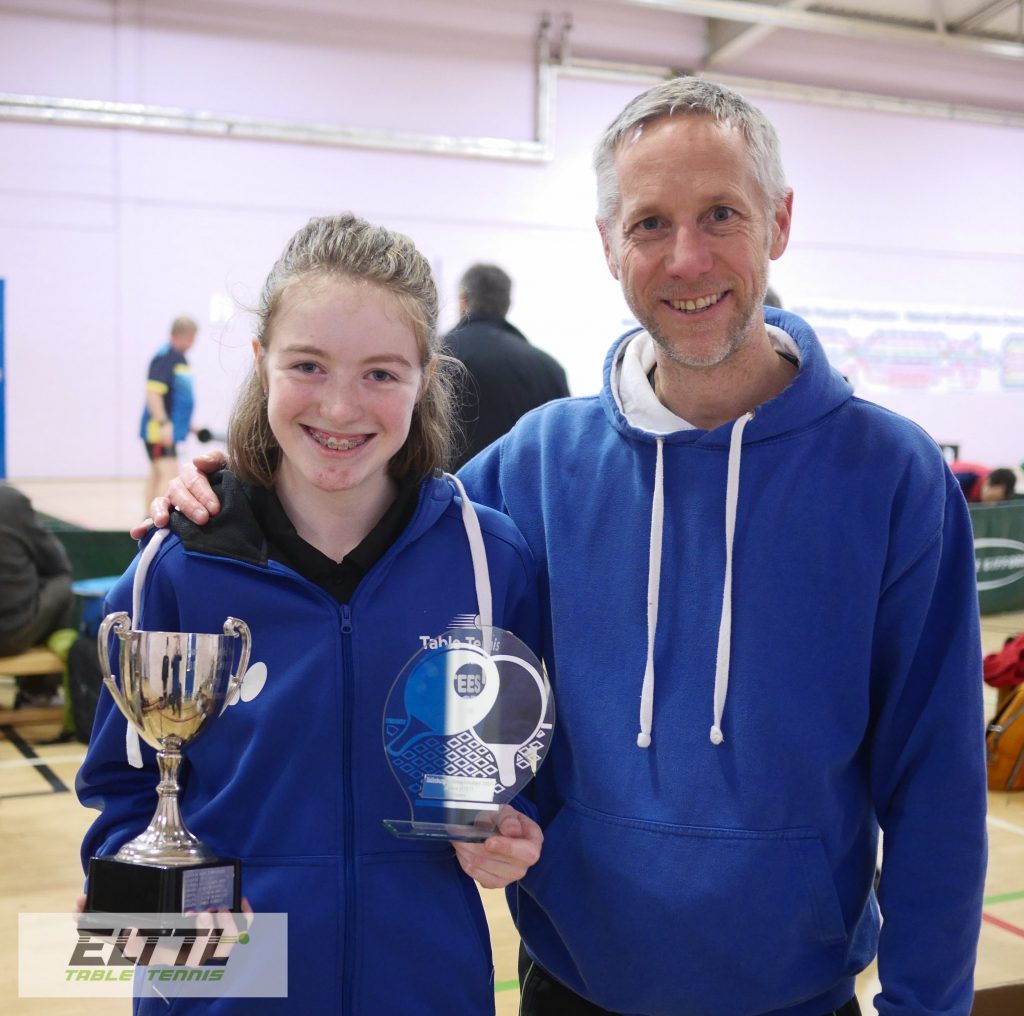 In the women’s event Anna Porsch came through in a really entertaining match against Hannah McDonell in the semis –coming from 0-2 down (-10, -8, 9, 6, 8). McDonell was making a welcome return to table tennis following injury and looked in good form. Porsch met no. 1 seed Yuhuan Wang in the final. The first two sets were very tight with some fast and furious rallies-Wang ending each with thunderous winners. She went on to claim the third set with some ease and also the Helen Elliott Quaich. Porsch did however pick up the Band 4 title, beating Mike Letchford (despite him using his tricky serves) in the day’s final match.

There was success for Haddington in Bands 5 & 6. Kyle Roderick collected the Band 5 trophy, edging out clubmate Jay Tracey, with Ryan Abbes talking Band 6. Band 3 went to Ryutero Ito who won his 5 matches to finish ahead of John Yau. Band 2 was won by Debjit Choudhury of Edinburgh International who defeated Haydn Jackson (who impressively won his group despite being no. 4 seed) 3-1 in the final.

The Junior event was particularly hotly contested with Luke Hennessey involved in some good, dramatic matches (Luke just lost out to Rolandas Skultinas for the title of loudest player in the hall..). Borui Chen and Andrew Nimmo contested the Junior final with Nimmo winning a high quality match 3-1 (10, 9, -7, 5). Aiden Davis was a convincing winner of the Cadet event, dropping just 5 points in the final. Hannah McDonell won her 4 matches in straight sets to take the Minor event with Euan Anderson taking the Mini Minor (under 11) trophy. 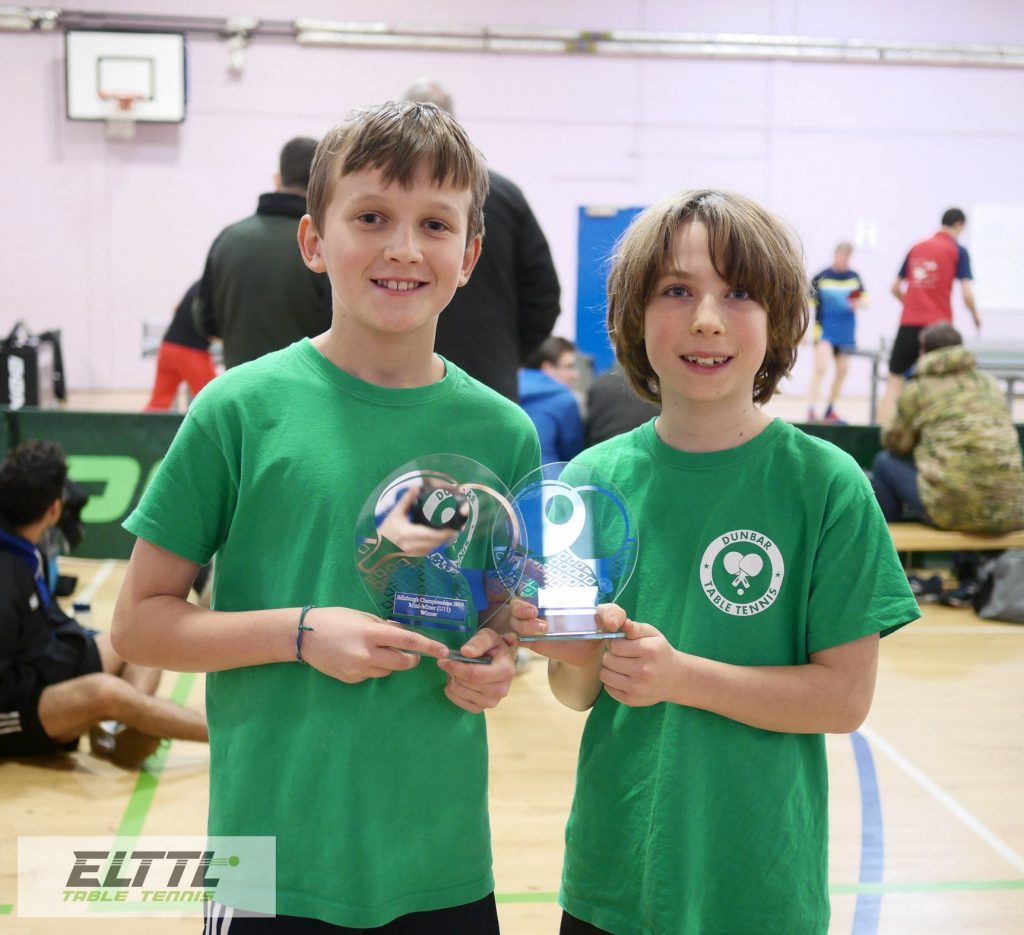 A highlight of the day was the visit of Graeme and Sheila Sutherland to present the new Tommy Sutherland Quaich (a gift from the Sutherland family to the ELTTL). It was presented to Vets 1 winner Charlie Ellis who beat Colin Green in the final (9, 8, 3). Alastair Hill beat John Yau to take the Vet 2 trophy as he swept through the deciding set (6, -12, 7, -9, 1). Antonina Porsch was named player of the day for her enthusiastic help during the day (we won’t mention her falling asleep while her mum played versus Mike..).

Thanks to Team Muir for organising the event, Ken Benjamin for a lengthy umpiring stint, to Pete Lugton for organising things in the upper hall and to all those who mucked in to help set up the hall in the morning –and who stayed behind to put the tables etc away in the freezing cold at the end. Thanks also to the staff at RHS for their assistance.

The next ELTTL event is the Jarvis Edinburgh Open on the 4th & 5th of January. 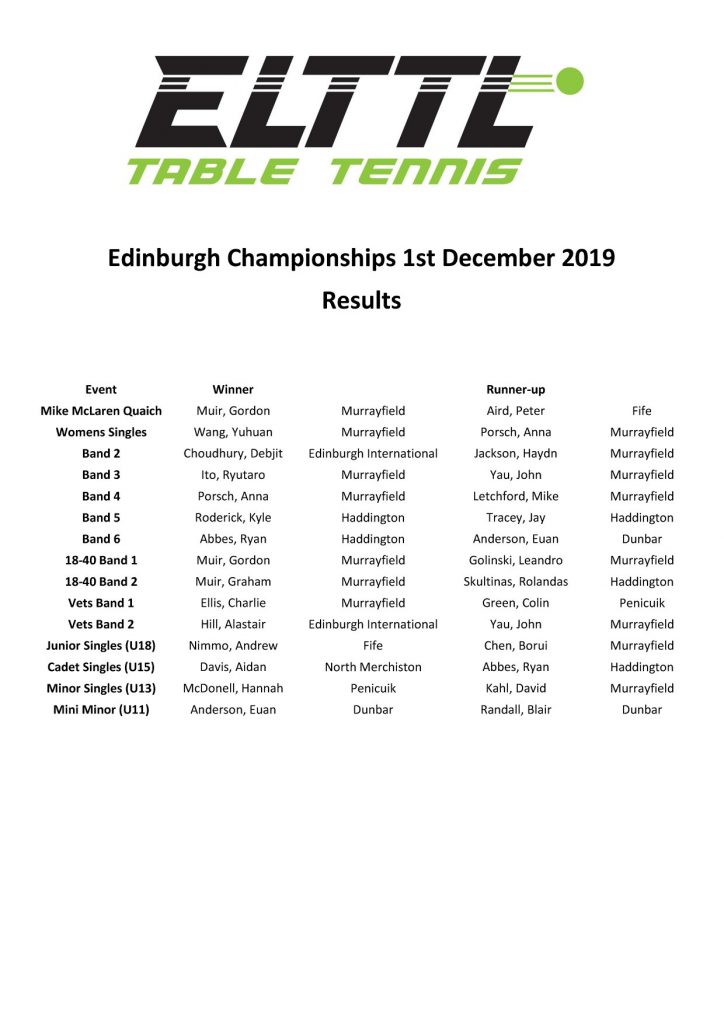