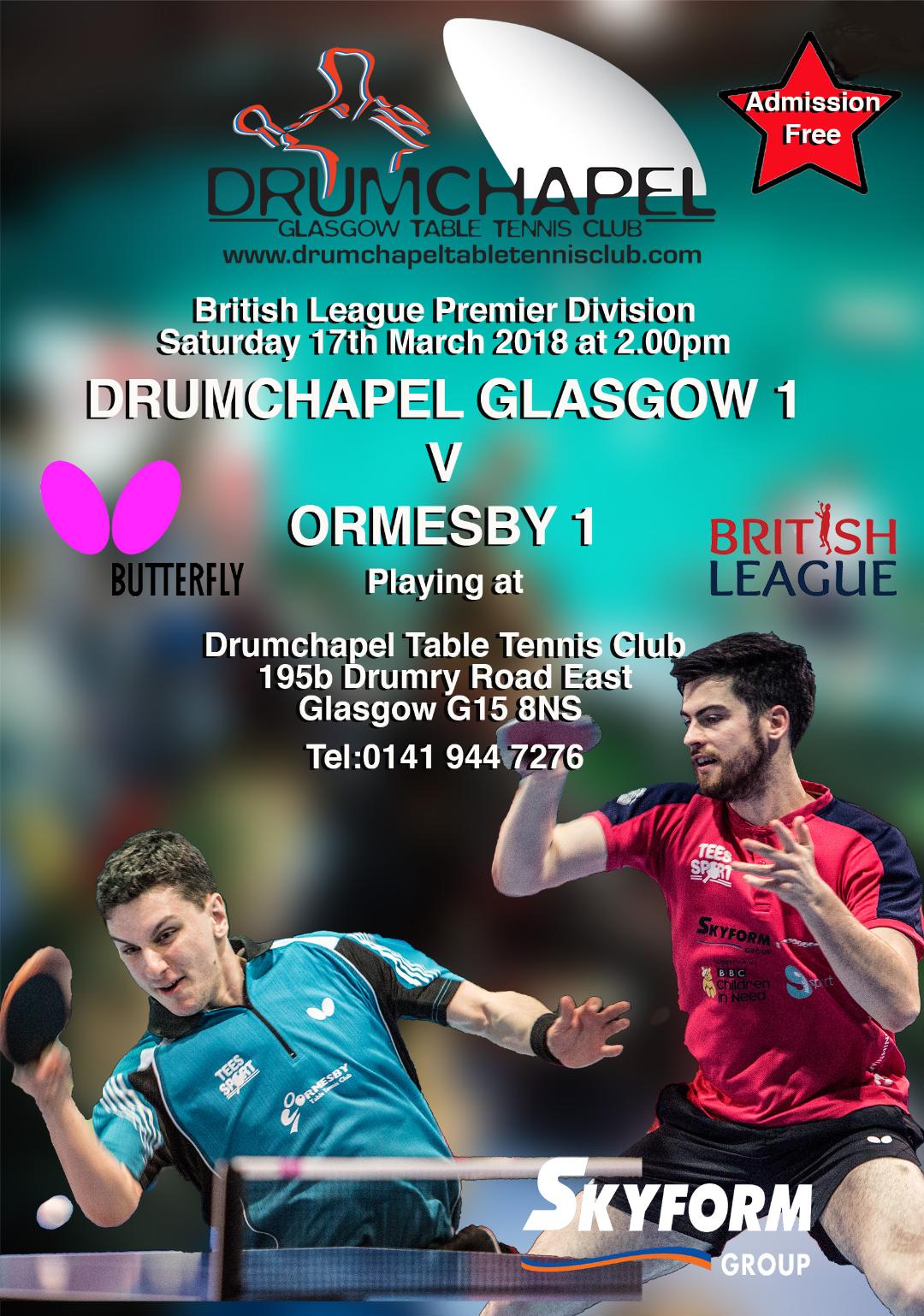 Terry McLernon MBE, Chairman of Drumchapel Glasgow TTC ” Once again we welcome Ormesby Table Tennis Club back to Drumchapel, following the excellent match that took place last year, Ormesby have strengthened their team and look to regain the title we won last year”.

Drumchapel are currently sitting in third position in the British League table due to Draws with Urban TTC and Ormeau TTC earlier in the season.

Lining up for Drumchapel Glasgow will be

David McBeath – World Team Cup Bronze Medallist and has recently been selected for the Commonwealth Games in Gold Coast and semi finalist of the English National Championships.

Lining up for Ormesby will be

The match starts at 2pm and everyone is welcome. The match will be live streamed on the facebook page.