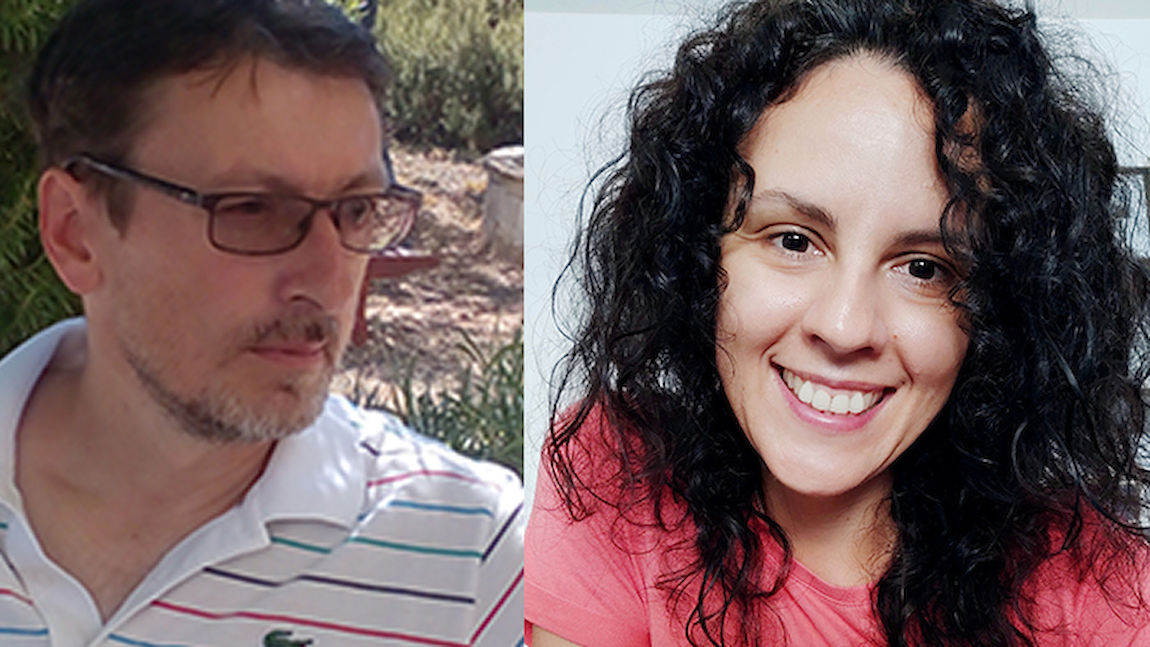 European Table Tennis Union Webinar on 18th January 2021
How and in which way to keep focus on a player’s performance (not the result)?
Report by Iain Rhind

On 18th January the European Table Tennis Union (ETTU) delivered a webinar entitled ‘How and in which way to keep focus on a player’s performance (not the result)?’. This was facilitated by Neven Cegner and Samet Polat of the ETTU and was delivered by Amir Zulic and Ivana Sadaic. Amir in particular brought a substantial depth on knowledge of the use of Sports Psychology having worked with 700 athletes across 40 sports since 1994 in this field making a contribution to 60 medals at European Championships, World Championships and Olympic Games. Within table tennis he has worked with Tamara Borus, Zoran Primorac and Andrej Gacina. Ivana’s expertise in working with children would come to light in the Q&A section after the main presentation. This session was attended by 145 players, technical/tactical, fitness and mental coaches representing 40 national associations and ran for 2 hours with the Scottish reps being myself and Callum Riddoch.

The presentation started with a definition of psychology –

The study of the human mind and behaviour. Human conscious experience and unconscious mental experience.

It should be remembered that sports psychology training does not operate in isolation to technical, tactical or fitness training; they are all linked together to deliver the overall performance.

We then touched on psychological concepts in sport listing –

Taking ‘Self-confidence’ it was interesting to note the more we have the better we perform UNTIL we are over-confident at which point performance drops. Self-confidence should not be related to the strength of the opponent but to what I can do.

It’s the same story with ‘Motivation’, when it is too high the athlete can overthink and be focused on the match outcome causing a weaker focus on actual play.

‘Emotions’ also play an important part in table tennis. The more emotional a player becomes the less rational/logical they are which increases the likelihood of poor technical execution and/or tactical choices. (for Star Trek fans think ‘Vulcan’). But emotions generate more energy which can be a positive if they are controlled, the optimal state varies from player to player.

Another underlying factor is that we are most successful when we enjoy engaging in an activity we choose ourselves, that we really enjoy. When the pressure to succeed becomes too high we can lose the joy. Enjoyment should not be totally dependent on winning.

We then considered ‘Attention’ and ‘Concentration’. As an exercise we were asked to sit comfortably, close our eyes and focus on our breathing for 3 minutes. Then feed-back how many times our concentration drifted from our breathing to something else (no I was not running through my shopping list for later that day, honest). Why not give this a go, it’s much harder than it sounds. This highlighted that this is something an athlete needs to work on to become more focused.

So the player needs to focus on what is important which was defined as one to three tactical/technical factors of the NEXT point, anything more leads to a lack of focus. How can we prevent other thoughts creeping in? The presenter proposed using controlled breathing of between 2 and 10 breathes depending on how much time is available. Between a ‘standard’ point 2 or 3 breathes but on a towel break closer to 10. This aids concentration, helps the player relax and manages their emotions and thoughts. They can then focus on what is really important on the next point. If this breathing technique becomes the norm then when the match pressure increases the player will be more focused and relaxed so able to count on automatic reactions and not overthink the big pressure points. A player should behave the same in the first point as at match point. However, it is important to train your breathing in practice sessions and even in everyday life, if you don’t you won’t be able to just switch it on for a match. The presenter advised this breathing technique should be introduced to young players at 12 to 14 years of age.

I recall a breathing technique was discussed on one of the TTS Broadcasts fronted by Dave Fairholm and Mark Lundberg. The guests were Colin, Adam and Sam Wilson and during discussion they outlined taking this further by using a 4-step approach between points –

Our session then went on to consider time travelling (not another Star Trek reference). A player is more effective when they are focused on the PRESENT, not the past and not the future e.g. I should have won the last end, or, only another 3 points and I’ve won the match. There is only the NOW point, this is where all focus should be. For the coach the steps should be –

Again the breathing exercise can help to bring a player’s focus to the present.

Every player has their own definition of success. Sports psychology distinguishes three broad goal types –

Some players and coaches are too focused on winning which means they are not able to focus on tactics and techniques for the next point.  Winning is achieved indirectly by concentrating on this, not on winning. Achieving process and performance goals is more likely to deliver the win. Don’t give a player rewards for winning a match as they will then become motivated by winning. It is much better to reinforce the positive aspects of a match i.e. good backhand technique off the bounce.

When asked before a match ‘what will happen?’ the player’s answer should say ‘I don’t know’ as the result is uncertain and not within the player’s control. We should embrace this uncertainty, an audience will be less likely to want to watch a game if the result is certain. Think about ‘Match of the Day’, it’s always more enjoyable for me when I don’t know the match results.

The presentation concluded with a couple of previously unknown stories (watch to find these out) and then we moved into a lively 40 minute question and answer session – well done to Callum for doing Scotland proud getting in with the very first question.

The presentation and the Q&A can be watched via the link below. All in all this was a really valuable session which I am sure coaches and players alike will get something out of. So set aside two hours, make a cup of tea and enjoy.